Enterosgel for children: instructions for use 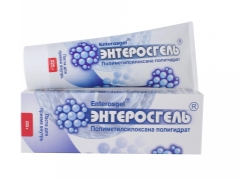 "Enterosgel" is a modern medicine from the group of sorbents. Due to the special structure of the particles of such a drug can absorb various harmful substances, which helps cleanse the intestines and the whole body. At the same time, they act selectively (on molecules of a certain size), and therefore do not harm the digestive system and internal organs, and are not included in the biochemical reactions that take place in the human body.

The drug is often used in childhood, because many parents are faced with childhood diarrhea, allergies, infection and other problems that Enterosgel can handle with a bang. Diarrhea, acute respiratory viral infections, poisoning and other ailments especially often occur in children who communicate with their peers in kindergarten or school. Diseases that provoke harmful microbes and allergens usually bother in the spring and autumn, and poisoning - in the summer. This makes Enterosgel a drug that is in demand all year round.

Enterosgel is a patented product of the Russian company TNK Silma and is sold in several types of packaging:

The medicine itself is a gel-like substance with a whitish tinge. The smell of this paste is absent, and the taste is neutral. Separately produced sweet "Enterosgel", which also does not smell, has a gel-like structure and white color. It is sold in tubes of 225 grams, as well as in boxes containing 10 sachets of 15 grams of pasta each.

The main ingredient of the paste is polymethylsiloxane polyhydrate. Its share in the drug without taste is 70%, that is, 100 grams of the drug contains 70 grams of such a substance, and the remainder (30 grams) is represented by purified water. In sweet paste, its amount is slightly less - 69.9 g, as well as purified water - 29.9 g. Such a variant of Enterosgel additionally includes two sweeteners - sodium saccharinate and sodium cyclamate.

"Enterosgel" refers to the intestinal adsorbents due to the special structure of its active ingredient. It is represented by a silicon matrix with a sponge-like porous structure. Such a matrix has a hydrophobic nature, that is, it repels water molecules, but well absorbs toxic compounds with medium molecular weight.

Enterosgel has a strong detoxification and sorption effect. Once in the lumen of the digestive tract, the paste binds both exogenous and endogenous harmful substances of a different nature - allergens, poisons, toxins, pathogenic microbes, medications, and so on. The active ingredient of the gel is also capable of absorbing certain metabolic products, for example, lipid complexes, bilirubin, cholesterol, or urea.

"Enterosgel" does not have a harmful effect on the body, because it is not absorbed in the intestine, and leaves the digestive tract unchanged within 8-12 hours after ingestion. However, it does not impair the absorption of minerals and vitamin substances, and also does not affect the motor function of the intestine.In addition, the paste not only does not inhibit the microflora in the colon, but even helps to restore it if the patient has dysbiosis.

Healing effects of the sweet version of "Enterosgel" are the same as that of pasta without taste. This type of medicine is also not absorbed, but “works” only in the intestinal lumen - it adsorbs various toxins, viruses, microbial cells, allergens, toxic substances or drugs onto its matrix. After that, the harmful compounds soon leave the gastrointestinal tract and the patient's condition improves.

In the instructions for Enterosgel, there are quite a few reasons for using such a sorbent. First of all, it is prescribed for acute poisoning, when the salts of heavy metals, alkaloids, alcohols, drugs (in overdose) have got into the body of a small patient. Pasta is equally in demand for acute intestinal infections, for example, for salmonellosis, rotavirus or dysentery. In addition, Enterosgel use:

"Enterosgel" without taste can be assigned to children from birth. Such a drug has a simple composition and is harmless for both infants and older children. But the drug with the addition of sweeteners is not recommended for young patients in the first year of life, since at an early age it can provoke negative reactions.

This paste can only be given to children older than 1 year. 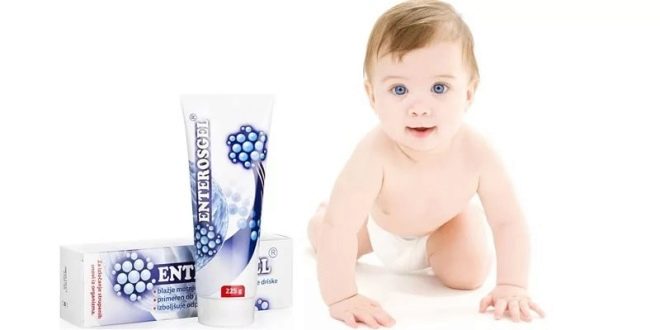 Both neutral and sweetened Enterosgel is prohibited for children with individual intolerance of its main ingredient. In addition, the drug with a sweet taste should not be given with hypersensitivity to its sweetening components, as well as intolerance to sulfanilamide drugs.

Another contraindication to the use of pasta is intestinal atony, because the medication may further worsen the condition of the patient with this problem. It is unacceptable to use "Enterosgel" and when bleeding in the digestive tract or intestinal obstruction.

With such serious pathologies, it is not sorbents that are needed, but immediate medical assistance, therefore, if they are suspected, you should immediately consult a doctor.

As a result of the use of Enterosgel, some children may experience side effects from the gastrointestinal tract, such as constipation or nausea. To eliminate constipation, it is recommended to give the child more liquid.

If the remedy is prescribed for severely impaired liver or kidney function, then the patient may develop an aversion to the paste. In addition, a medicine that contains sweeteners may cause an allergic reaction, such as urticaria or pruritus. Allergy to tasteless "Enterosgel" also occurs, but much less frequently. In this situation, the medication should be immediately canceled. 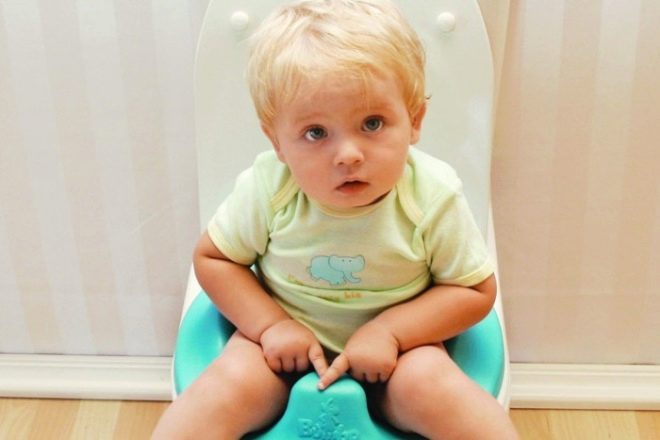 The drug is recommended to give children one to two hours before a meal or a few hours after a meal. If the drug is used in case of poisoning or another acute condition, the diet does not affect the time it is taken. In such situations, the remedy is prescribed at the first negative symptoms.

As for the method of application, you can give Enterosgel to children from a spoon, offering to drink water, or stir the paste in a glass of water. Water should be at room temperature and taken at least in triple volume.

For the youngest patients, it is permissible to dilute the drug in breast milk or its substitute. For older children, you can connect the gel with juice or other non-hot sweet liquid.

Neutral flavor medication is usually given three times a day, and a single dose is determined by the age of the child.

In the case when the patient's condition is severe, and intoxication is very strong, the dosage of Enterosgel can double. But, as soon as the symptoms become less pronounced, they return to the doses recommended by age. This usually occurs after 1-3 days from the start of the drug.

Sweet paste is taken 3 times a day in the following dosage:

How long to take the drug, it is necessary to check with the doctor. If a child has acute poisoning or an intestinal infection, it is often enough to give the paste 5-7 days. For the treatment of allergic manifestations or chronic pathologies, Enterosgel is prescribed for a longer course, for example, for 2 weeks. The use of paste again after some time after completion of treatment is recommended after consultation with the doctor.

Excessive dose of medication does not have a harmful effect, because Enterosgel does not interact with the patient's body and does not get to the internal organs. In the case of acute poisoning or severe intoxication, it is possible to increase the dosage to remove toxic and toxic compounds from the child’s body as quickly as possible, therefore it is impossible to overdose.

Enterosgel can be administered together with many other drugs (including antibiotics) and does not affect their effectiveness if you follow the rules for dividing the administration by time.

It is necessary to give the child pasta and other medicines at intervals of 1.5-2 hours, then the sorbent will not affect their absorption.

Since Enterosgel is classified as over-the-counter medicine, and a Russian company produces pasta, there are no difficulties with the purchase of medication at a pharmacy. The price of the medicine depends on the region, on the volume of the package, and on the mark-up in the specific pharmacy. On average, for one tube containing 225 g of the drug, or for one box with 10 portioned packets of pasta, you need to pay 400-450 rubles. 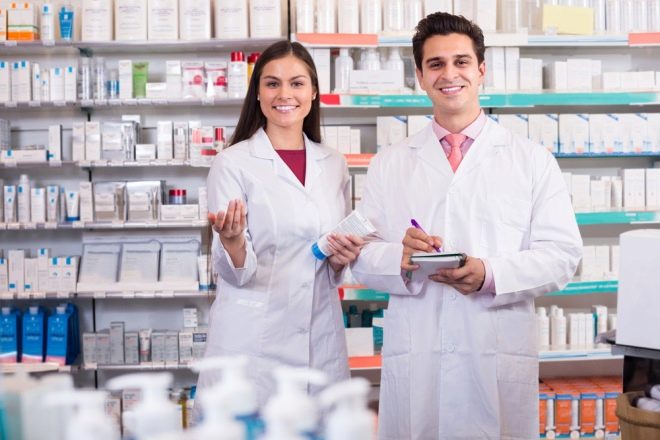 So that the drug does not deteriorate and remains effective when storing it, you need to take into account such nuances:

Almost all the reviews about Enterosgel from parents and doctors of various specialties are positive. They call the drug very effective, convenient to use and safe for kids of any age. Mothers of babies prefer medicine without taste, mixing it with infant formula or breast milk. Parents of older children often buy sweet Enterosgel, against which children protest less than against ordinary pasta.

Many mothers believe that the main advantage of the drug is a large list of indications, so this sorbent is often present in the home medicine chest and is taken on trips (for traveling, portioned sachets are especially convenient). The disadvantages of "Enterosgel" usually include its high cost, due to which inexpensive analogues are selected. There are also complaints about the unpleasant consistency and taste.

Instead of "Enterosgel" can be used other drugs from the group of enterosorbents. Pasta can replace one of the many drugs.

These and other sorbents are considered safe in childhood, so they can be used from birth, but before using them in children, a doctor's consultation is desirable, because they also have contraindications and features of use.

For more information about the drug "Enterosgel" see below.

Is Smecta effective for vomiting in children?

Laktofiltrum for children: instructions for use

Phosphalugel for children: instructions for use

Polysorb for newborns and infants: instructions for use

Pepidol for children: instructions for use

Polysorb for children: instructions for use

The use of oak bark in the treatment of children
Information provided for reference purposes. Do not self-medicate. At the first symptoms of the disease, consult a doctor.