What does an immunogram show and how can this analysis help a child's immunity? 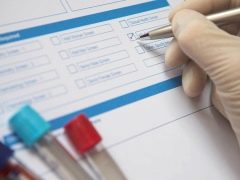 The question of how to strengthen the child’s immunity concerns all parents. In search of answers to it, many are faced with the name of an unknown examination - the immunogram. At the same time, few people know what this analysis is and how it can be useful in the fight for children's immunity.

An immunogram is a special blood test that determines the immune complexes that circulate in the blood. According to the quantity and quality of certain antibodies, experts draw conclusions about the state of the child’s immune system, what all its strengths are directed to at the current time.. This condition is called the immune status.

Extended immunogram allows you to explore up to 25 parameters.

The immune response is quick and slow. In the first case, there is talk of an immediate reaction of immunity to the invasion of pathogenic bacteria, viruses, and everything that could be dangerous to the child’s body. Such groups of immune cells in a person’s blood are aggressive and fast: they must destroy the pathogen as soon as possible, before he has time to irreparably harm the body.

Then the “fast” cells give authority to the “slow” - they transmit information about the structure of the invading enemy, and the slow link of immunity triggers a gradual process of generating groups of antibodies that help to recover completely.

The analysis takes into account the age-related features of the immune system in children: the younger the child, the weaker his immunity, as well as critical periods in the work of the immune system (start of kindergarten, school, adolescence). Immunity tests show the quantitative content of various immune complexes in a child’s blood.

Who is indicated for examination?

In the world medical practice blood tests for immune complexes are used in certain situations:

An immunogram is not considered a mandatory study, it is quite expensive in terms of using special reagents and requires certain expert laboratory equipment, and therefore such an analysis is carried out not everywhere, but only in large medical centers.

It is possible to make an immunogram without indications, just to assess the immune status of the child, for example, before vaccination, but in this case, the analysis is done exclusively on a paid basis. 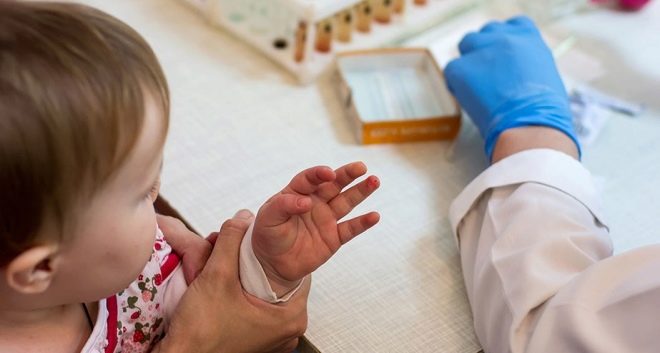 An immunogram requires venous blood. Before you take it, You should be familiar with the requirements that will help get the most objective and accurate results:

Reassure the baby before the examination, say it will be quick and not painful. Psychological readiness for blood donation in a child is very important. 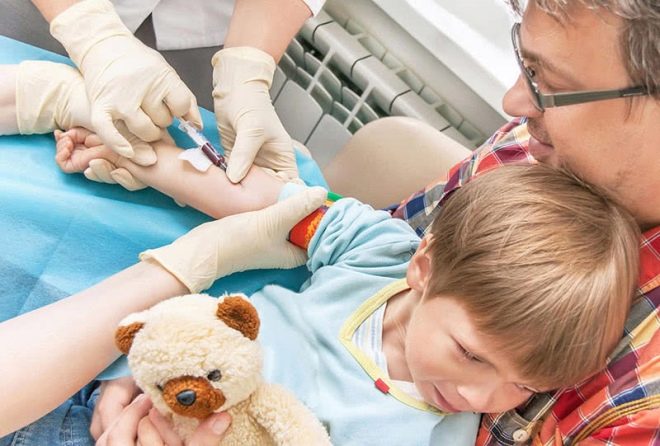 Decryption in the table

As already mentioned, the extended study may include up to 25 indicators of immunity. But we give basic values ​​that are considered normal.

Such values ​​indicate that everything is in order with immunity:

It should be understood that the norm indicators for adults and children are different. Also, two healthy children may have differences in the immunogram, and therefore the decryption of the analysis should only doctor who will take into account the age, child's health and many other factors.

Based on the result of the assessment, a decision will be made: normal immunity, reduced or observed state of immunodeficiency.

How to raise children's immunity?

If the immunogram shows minor abnormalities in the state of immune protection, then special treatment is not required. Immunity tends to recover, strengthen. If immunodeficiency or autoimmune disease is detected, the child will be prescribed medication.

An immunogram alone cannot raise and strengthen the immunity of your offspring. You have to do it. And here it is important to know which measures are permissible and which are useless, because many arguments far from the scientific truth are around immunity.

It is believed that the child should eat more fresh vegetables and fruits. They are considered almost the basis of the health of the immune system. Such products are very useful for digestion, but, alas, they have almost no effect on the immunity. And because apples and lemons to cure a deficiency of immunity is impossible in principle. 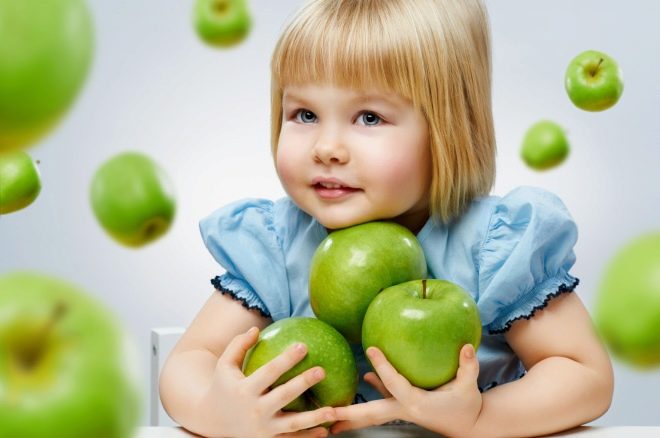 The revealed mild forms of reduced immunity in newborns and preschoolers is almost the norm, and usually, by the end of puberty in adolescents, the problem is solved by itself. But the situation is still better controlled by visiting an immunologist from time to time.

There are a rich selection of immune drugs for children. Their use in the treatment of SARS or other viral infections is very doubtful, because clinical trials have not revealed efficacy in most antiviral drugs.

Some Doctors warn parents against uncontrolled intake of immunomodulators and immune stimulants just like thatjust in case for prevention - such drugs can disrupt the production of natural immune complexes.

Therefore, candles and pills with unproven effects should not be bought at all, and serious immune drugs that are prescribed, for example, to an HIV-infected, are not needed by a healthy child, whatever the reviews on the Internet may say. 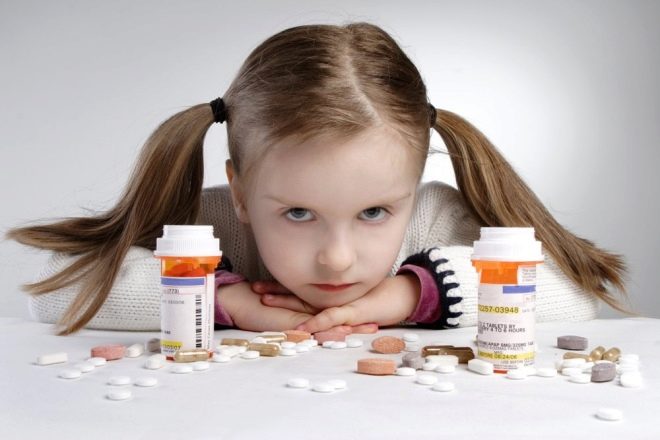 With each disease, which, alas, no child can avoid, the immunity “learns”, strengthens the defense, and from this point of view the disease is good. The main thing is to show the child to the doctor in time.

The kid who spends most of his time at the computer or in front of the TV screen, who eats chips and drinks soda, which they are trying to protect from any drafts - a potential often ill patient in a children's clinic. And it can not help immunological, not immune drugs, not tea with sea buckthorn, but only a change in the whole way of life. 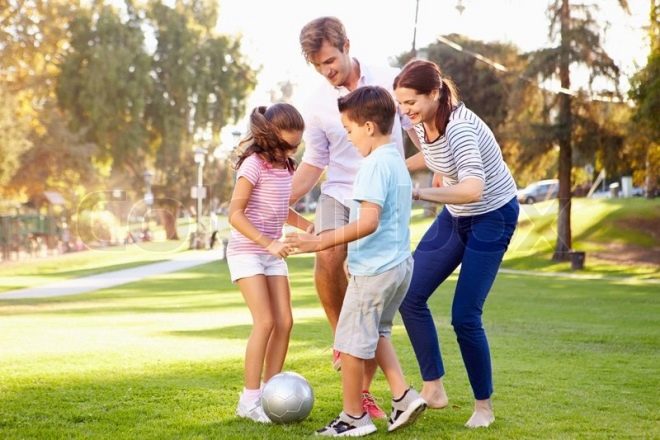 The famous pediatrician Yevgeny Komarovsky urges parents not to succumb to the pseudo-scientific concept of “weakened immunity.” It can reasonably be applied only to children who are ill with HIV, suffer from severe forms of immunodeficiency from birth, undergo a course of chemotherapy for cancer. If the child does not have such diagnoses, then, in fact, there is no need for an immunogram either, Komarovsky believes.

If the mother really wants to check the immune status of the child before vaccination and pay a considerable amount for it, then no one forbids it. The main thing then is not to dwell on the norms and deviations from them, and also not to overpower the pediatrician with the requirements “to urgently prescribe pills to strengthen the immune system.”

However, in Russian practice, analysis is often prescribed and not always justified. In this case, there is no significant benefit from the analysis to either the mother, who is worried about the results, or the doctor, who thinks, what else homeopathic (harmless and useless) remedies can be recommended for the mother to calm down.

According to Komarovsky, the best way to support the immunity of a child, per year, at the age of 3, and at the age of 14, is exercise, walking, an active lifestyle, and a positive attitude.

Dr. Komarovsky tells about when to make an immunogram for a child in the video below.

What is brain encephalogram and why is it made to children?

Types and features of computed tomography for children

CT scan (computed tomography) of the brain of a child

USDG of the head and neck vessels to the child

Echo EG (Echoencephalography) of the brain in children

What does brain EEG show in children? Norms and causes of deviations

The size of the liver by ultrasound in children

Scraping for enterobiasis in children

Micropolarization of the brain in children: indications and contraindications
Information provided for reference purposes. Do not self-medicate. At the first symptoms of the disease, consult a doctor.