Anisocytosis in the general analysis of blood in a child 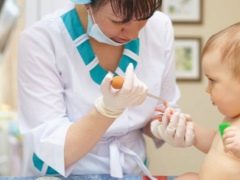 Parents who pay close attention to deciphering a child's laboratory tests may seem daunting to have anisocytosis. There are a lot of questions about how dangerous it is and what to do next.

Immediately should be explained and reassured - anisocytosis is not a disease. In itself, this phenomenon suggests that violated the size of blood cells. Up to certain limits (moderate or minor anisocytosis) this is considered the norm, in which no treatment is necessary for the child. Only pathological and uncontrolled reduction in the size of blood cells is considered dangerous, during which deformity and functional disorders of red blood cells (poikilocytosis) can develop.

In order to better understand what is actually being discussed, it is necessary to recall that there are several types of cells in the blood - leukocytes, platelets, red blood cells. Complete blood count helps to identify possible changes in the size, ratio and size of cells. Particular attention is paid to the size, shape, color of red blood cells - red blood cells that carry oxygen. If their size is less than the norm, they speak of anisocytosis.

Normally, in the general analysis of the blood of a healthy child, microcytes have sizes up to 6.9 microns, macrocytes - 7.7 microns, megalocytes - up to 9.5 microns in diameter, normocytes - up to 7.5 microns on average.

Anisocytosis is said to be used if the number of cells with abnormal sizes is up to 30% of the total number or exceeds these baseline values.

The content of normocytes in a healthy child does not exceed 70%, the ratio of macrocytes and microcytes - 15% each. If this ratio is violated, the record - “anisocytosis” appears in the medical record.

As already mentioned, only pronounced anisocytosis is considered dangerous in terms of the likelihood of developing a disease state (namely poikilocytosis). The classification implies the following division relative to the norm:

Detection of anisocytosis is not a reason for panic, but a reason to conduct additional laboratory tests of a child’s blood. A significant decrease in normal healthy normocytes affects the rate of metabolic processes, oxygen is not delivered to the organs and tissues in the right quantity, and concomitant anemia often develops.

Speaking about anisocytosis, as a rule, pediatricians have in mind a change in the shape and size of red blood cells, but in general the same concept applies to changes in the size of platelets and leukocytes. 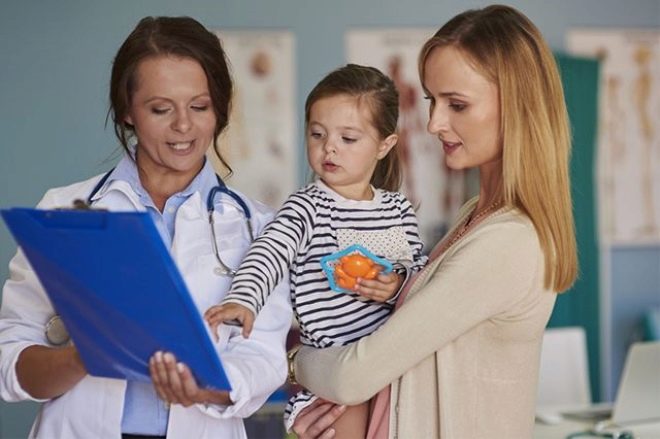 The state of blood cells can be affected by a variety of factors. So, the reason may lie in one of the following factors: 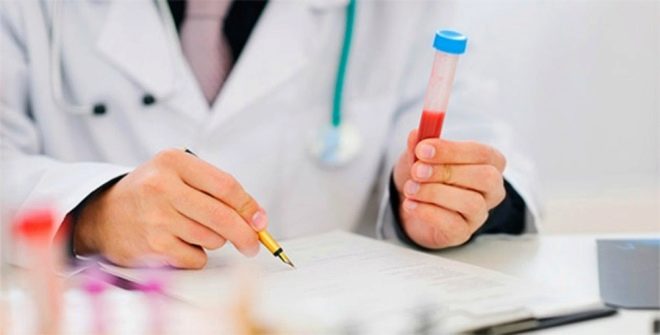 In an infant, anisocytosis is often physiological, that is, natural, not associated with any disease. In babies under 1 year old, the size of red blood cells often differs from the norm in a smaller direction.

Also plays a role, which type of anisocytosis is found.

In children of any age (both in newborns and children 3 years, 6-7 years), an increased content of microcytes (diminished cells) in the general blood test is determined after almost any viral illness or infectious disease that the child suffered. This is a temporary phenomenon, gradually the blood cells become normal.

Macrocytosis usually occurs in infants up to 2 weeks of age, after a month it usually fades away on its own. 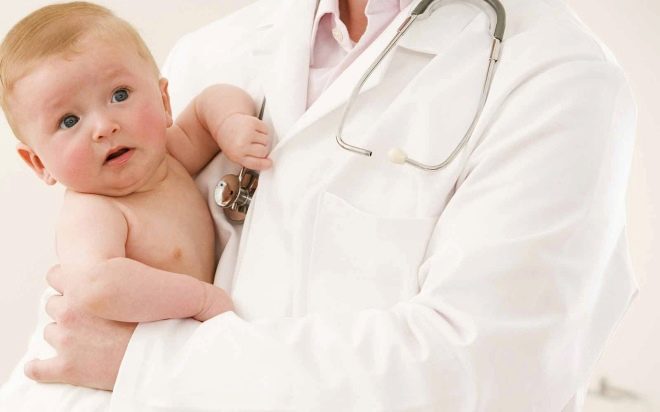 How does it manifest itself?

Manifestations of anisocytosis may not be at all if it is insignificant, and only the results of the analyzes will indicate its presence. In other cases, its symptoms are very similar to signs of anemia. The child quickly gets tired, gets tired, has a breakdown, frequent heartbeat. Since the change in the size of red blood cells leads to a certain oxygen starvation, the child may complain of weakness, loss of memory, ability to absorb new information.

The skin may look more pale, the baby often has headaches, dizziness, disturbed sleep (either the child sleeps a lot and feels overwhelmed, or he has pronounced problems with falling asleep, the quality and quantity of sleep).

By themselves, these symptoms do not indicate any particular disease, which is why it is very important to examine a child with anisocytosis in more detail. It is important not to look at the underlying disease, if any. 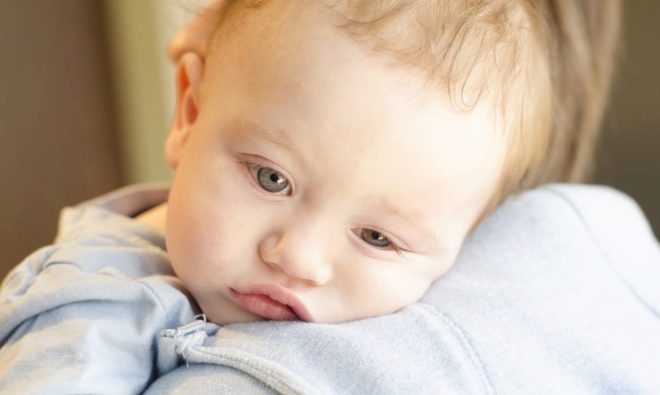 If a child has an erythrocyte anisocytosis index increased or decreased, physicians have all the diagnostic capabilities to determine the true cause of the phenomenon. Anisocytosis is not a disease, and therefore mankind did not invent a cure for it. But there are schemes of treatment of diseases, which led to changes in the size of blood cells.

For anemia, the child is prescribed drugs to treat the condition, for example, iron preparations for iron deficiency anemia, as well as proper nutrition, which necessarily include products that increase the level of hemoglobin in the blood.

On the baby's table should appear liver and buckwheat porridge, red meat (beef, veal), dairy products, walnuts (in the absence of an allergy to them). After some time, the blood test is repeated, and in the case of normalization of the blood formula, no further treatment is required.

If the formula is again accompanied by anisocytosis, they may additionally recommend taking vitamins. 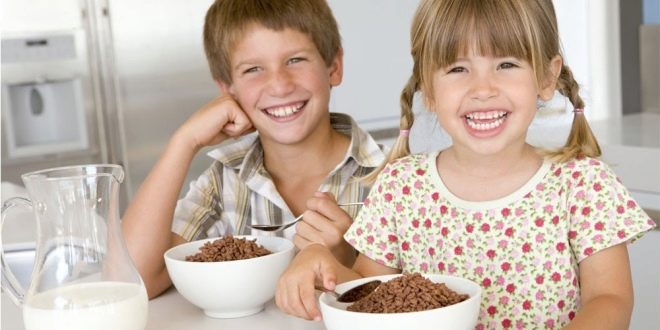 If the anisocytosis is pronounced, and malignant tumor processes are found in the child, the treatment is prescribed by the oncologist and the courses include chemotherapy, surgery, radiation therapy.

Usually, after the elimination of the underlying disease that caused the change in the size of blood cells, anisocytosis disappears.

Regime, proper nutrition, healthy sleep, walks in the fresh air, sports, and activity help to prevent changes in the blood formula. You should also regularly visit the pediatrician in the clinic - many diseases that can lead to anisocytosis can be avoided by doing prophylaxis, and many are subject to more rapid and easy treatment if found in the initial stages.

All this can be done as part of medical examinations, preventive testing once a year, as well as in the framework of clinical examination, it is definitely not worth refusing to participate in it. 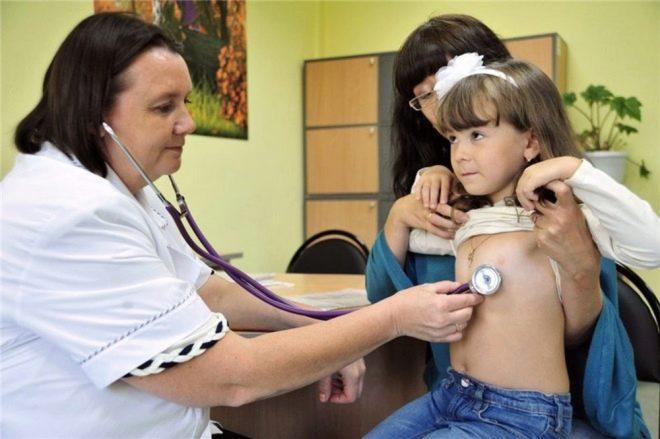 A pediatrician and a TV presenter Yevgeny Komarovsky tells more about the clinical analysis of blood in the video below.

Low hemoglobin in a child

High hemoglobin in a child

Thick blood in a child

On the inheritance of the blood group. What type of blood will the baby have?

Blood test for a child

Basophils in the blood of a child
Information provided for reference purposes. Do not self-medicate. At the first symptoms of the disease, consult a doctor.