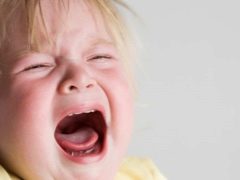 It is difficult to maintain parental composure when a crying child begins to fall on the floor and struggle in convulsions, forgetting to breathe. This phenomenon is called an affective-respiratory attack, and the task of parents is to know how to react in such situations and what to do.

The name consists of two parts, each of which has a great sense of what is happening. “Affective” is an uncontrolled emotion, and “respiratory” is a respiratory one. On the background of strong emotion breathing is disturbed, the child “forgets” how to breathe in and out during strong crying, resentment, pain, fear.

According to the World Health Organization, such attacks occasionally occur in at least 5% of the world's population, both in adults and in children, but in childhood ARPs occur much more frequently.

However, studies have shown that children from six months to one and a half years are more susceptible to such attacks, and after the child reaches the age of five, such attacks practically do not occur. In infants up to six months and newborns such attacks are possible, but this is considered a rare occurrence.

Both boys and girls are prone to ARP with the same frequency, but doctors have noticed that in young boys affective respiratory attacks usually stop earlier than in girls: in 3 years in boys and in 4-5 years in girls. 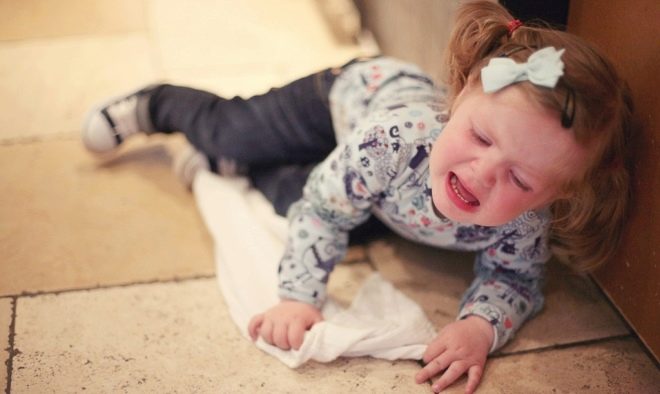 All children are more emotional than adults. It is a fact. Naturally, the strength of emotions in children is always more pronounced, and anger, and frustration, and resentment, and strong fear manifest themselves more strongly. However, not all babies suffer for this reason from affective-respiratory attacks with convulsions and breath-holding. Doctors and scientists for a long time tried to find the reasons that provoke an attack during the experience of strong emotions, and came to the conclusion that something from this list could be a trigger.

In most cases, it is not possible to establish the exact cause of affective-respiratory attacks in a child, since it can be mixed (with the influence of several possible causes simultaneously).

For ease of classification, it is common to divide all affective-respiratory attacks into two types - “blue attacks” and “pale attacks” (according to the color of the skin at the time of paroxysm). But in medicine there is a more detailed classification, which describes as many as four types of drugs.

Since small children still do not know how to evaluate and perceive their own emotions, they do not know how to cope with them, control their manifestations, very bright affective reactions develop. Strong emotion creates a convulsive contraction of muscles in the laryngeal zone.

What happens next is reminiscent of laryngospasm - the baby is additionally frightened by the new feeling of being unable to take the usual breath due to the narrowing of the glottis, the new fright contributes to an even tighter closing.

At the same time, seizures may develop, they are involuntary and are also associated with muscular emotional tension. The attack lasts no more than a minute, most often from 15 to 25 seconds, then the muscles begin to relax, the child begins to breathe normally.

Each affective respiratory paroxysm is necessarily preceded by some strong emotion. Just so, being in the usual and calm state, the child does not fall into an attack. Each attack develops in exact accordance with the order of the change of stages, one attack exactly resembles the previous one.

Trying to cope with the emotion, the baby begins to breathe unevenly, cry, and then suddenly becomes silent, freezes and remains in such a state for some time, the mouth is usually open. Parents can hear wheezing, clicking. The baby can not control the breath and interrupt it on their own. Apnea to the will of the child does not obey.

With a simple attack, breathing is restored in about 15 seconds. The baby looks normal, he has no other manifestations. With other forms of ARP, the baby may fall, lose consciousness, his skin or mucous membranes become pale or bluish. During an attack, the pulse is barely palpable, or it is very weak.

Parents should be aware that seizures based on resentment, anger, frustration are more common in toddlers between 1.5 and 2 years old. In such babies, seizures usually occur in a "blue" or "pale" type, accompanied by either excessive tension in the muscles of the body, or excessive relaxation of the body.

The body can arch out (Dr. Komarovsky calls it a “hysterical bridge”), if the muscles are very tense, or limp limp, like a rag doll, if they are relaxed. Convulsions, if any, most often manifest themselves in the form of involuntary twitches, for example, with limbs.

Recovery always begins with the normalization of breathing. Then the skin and mucous membranes acquire normal color, the muscles come in order. Recovery from a normal attack is quick, the child can immediately ask for food or start playing. The longer the attack lasts, the longer it takes to fully recover.. With a complicated attack at the exit, the child continues to cry quietly, whine for a while, and with this he usually falls asleep for a couple of hours.

In medicine, affective respiratory paroxysms are not considered dangerous. Usually, their children "outgrow" and with age, ARPs pass without treatment. There is also evidence that indirectly such attacks can affect the risk of developing epilepsy in a child, but scientists have not yet established a direct link. The only statistics that speak in favor of this statement is that epileptic children had episodes of ARP in the past were 5 times more likely than other children. By no means does this statistic suggest otherwise that children with ARP are beginning to suffer from epilepsy.

Of course, at the time of paroxysm, the brain of a child for 10-60 seconds experiences oxygen starvation due to lack of breathing. This can adversely affect the state of the central nervous system, in particular, the child may experience problems with attention, memory, thought processes, learning, but such consequences become possible only if respiratory depression occurs with an enviable frequency. 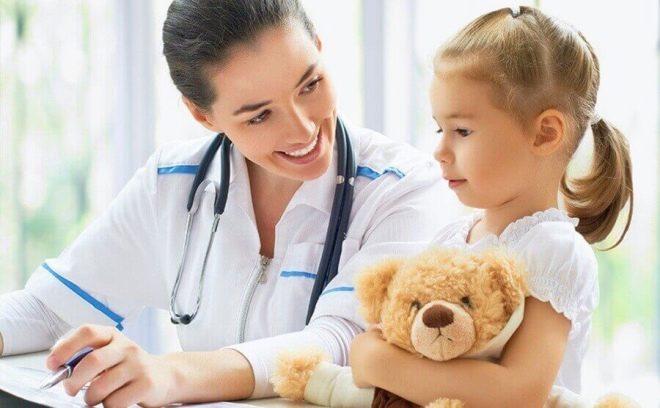 First of all, parents should show the child to the doctor. This is important in order to distinguish the usual affective-respiratory attacks from the same epilepsy, because the manifestations can be very similar. It is easy to guess which specialists to turn to - a neurologist and a child psychiatrist.

Parents will have to tell these specialists in detail how the seizures occur, how often they recur, what reasons, in the opinion of the mother or father, are caused. A neurologist examines a child for the safety of reflexes, sensitivity, coordination of movements.

Not to confuse ARP with epilepsy, electroencephalography is recommended. Usually, with affective-respiratory syndrome, increased electrical activity of the brain is not detected. The child make an ECG. 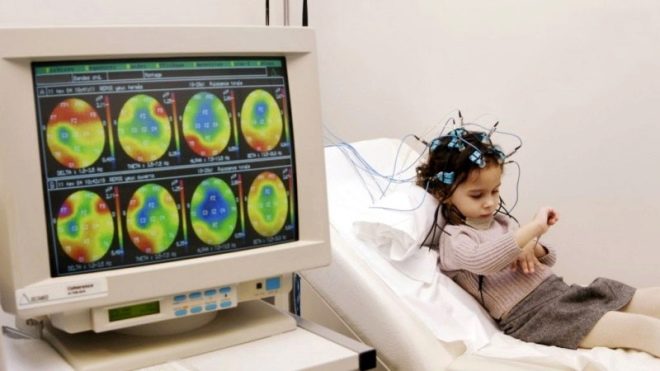 First of all, it is recommended to consult a child psychologist or psychotherapist, not only for the baby, but also for the whole family. Individual psychocorrectional work will help to make family relationships more harmonious, and also teach the child to express his strong emotions with words.

Drugs can be prescribed to the child - nootropics, herbal sedatives, as well as essential amino acids, for example, glycine, vitamins. If the attacks are complicated and occur with severe convulsions, the doctor may recommend tranquilizers, but not for systematic use, but solely for the purpose of stopping paroxysm.

Avoid repeated attacks will help change the lifestyle of the child. Should adhere to such a regime in which the baby will not be very tired, his day should be filled with physical activity, nutrition should be full.

But the games at the computer, as well as watching TV, are not recommended, they should be limited to a maximum of 1-2 hours per day. 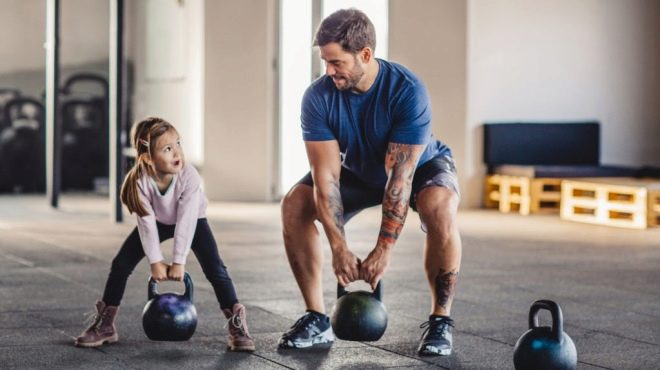 Famous pediatrician Dr. Komarovsky claims that parents may well prevent attacks, noticing their initial symptoms in time. Until the spasm began, parents can distract the child, switch his attention to something else.

Prohibiting a child from experiencing strong emotions is useless, - Doctors believe and confirm the reviews of moms. Therefore, to demand that the child cease to shout, roar, fear, or get angry is pointless. But in time to pay attention to something around the child or ask him to bring something - it is quite possible.

More details on how to act if a child has an affective-respiratory attack, says Dr. Komarovsky in the next video.

What are febrile convulsions in children and what first aid should be given?

The causes, symptoms and treatment of epilepsy in children

Causes and first aid for convulsions in a child

Myositis of the neck in a child: symptoms and treatment

Epstein-Barr virus in children: everything from symptoms to treatment

Symptoms and treatment of spasmophilia in children

Hirschsprung disease in children: from symptoms to treatment
Information provided for reference purposes. Do not self-medicate. At the first symptoms of the disease, consult a doctor.