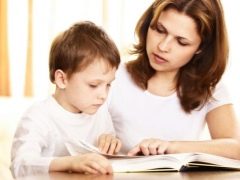 An inquisitive and quick-witted child may well encounter difficulties in school — he will have difficulty in reading and writing. It is often said about such children that they “look into a book, but see ... something completely different”. Often parents write off these difficulties on the character, the absent-mindedness of the child, on his individual hereditary abilities for normal learning. In fact, the problem may be quite different. This is how dyslexia appears. 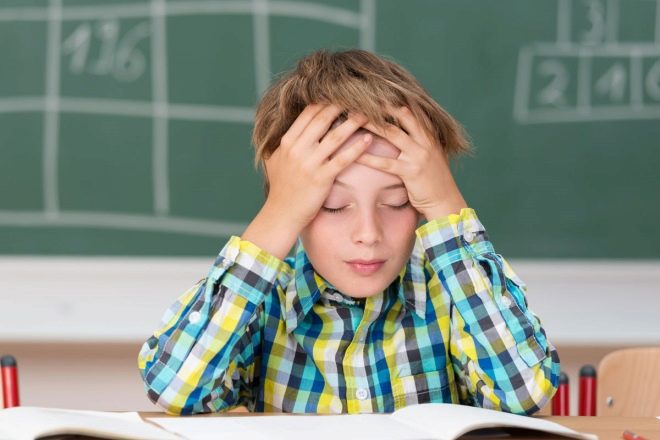 Called dyslexia partial reading disorder which is caused by a defective formation or death of certain functions of the child’s psyche that are important for reading. This is a persistent reading disorder, in which the child constantly makes the same mistakes when reading, rearranges and replaces individual sounds, tries to reproduce the text by letters, etc.

In world practice, the term "dyslexia" means selective, partial violation of the ability to master reading, writing, counting. In Russia, each type of these disorders is considered separately, therefore, speaking of dyslexia, they mean reading disorders, dysgraphics - problems of writing, dysorphography - problems with literacy, etc. WHO recommends that all these concepts be included in the common - “dyslexia ".

It is an isolated violation that does not affect the general mental, emotional, and intellectual development of the child. Difficulties with reading and writing associated with other pathologies, for example, in children with visual impairment, hearing, psyche - this is not dyslexia, but only a symptom with the underlying disease. The dyslexia itself is not considered a disease, it does not apply to groups of neurological, mental diagnoses. This is a speech therapy term widely used and studied by speech therapists, psychologists and educators. 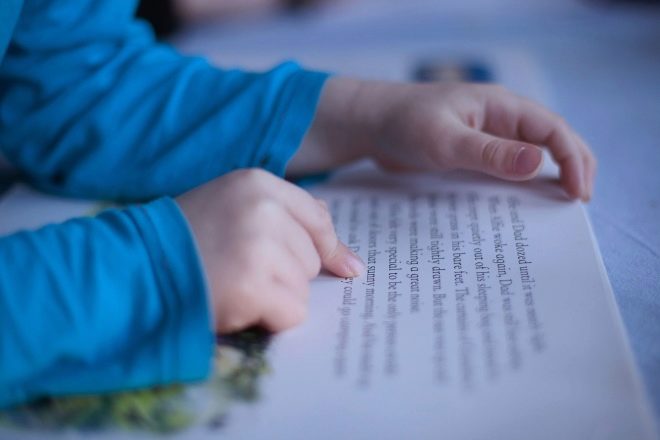 Important! A child with dyslexia struggles to learn, reads poorly, it is difficult for him to understand what he read, but at the same time he is able to achieve great success in other areas of life, for example, to become outstanding athletes, artists, musicians.

In Russia, according to medical statistics, the prevalence of dyslexia is about 4.9%. That is, about five guys out of a hundred have such a violation. In children with severe speech disorders and mental retardation, dyslexia is found in almost half of the cases. There is a certain gender pattern - boys are 4.5 times more likely to suffer from dyslexia than girls.

The causes of the violation have not been fully studied by medicine, so the question of where the dyslexia came from the child will be rather difficult to get an exact answer. Foreign medical publications indicate some kind of genetic connection, according to which children inherit the violation from their parents. At the same time, children with a predominant right hemisphere usually have a predisposition to a violation of writing and reading, in children with a predominance of the left hemisphere more often there is an impaired recognition of the written and problems with the score.

But while such a cause and relationship is viewed as a hypothesis, among the proven prerequisites for the development of dyslexia, situations and circumstances are noted that led to the formation of minimal brain dysfunction.

Infringement of the process of implantation of the ovum during pregnancy, fetal hypoxia during pregnancy, as well as oxygen deficiency and asphyxia during labor can affect the functioning of the brain. If a pregnant woman has a heart defect, it is believed that her child has an increased risk for developing dyslexia. Approximately the same risks of developing a disorder are found in children born with heart defects.

Risk factors are also considered abnormalities in the structure of the umbilical cord, placenta, fetoplacental insufficiency during pregnancy, the use of a large number of medications by the expectant mother, smoking and alcohol intake of the child, as well as Rh-conflict with the subsequent development of hemolytic disease of the newborn.

The probability of violation increases if the birth was difficult, complicated, if the midwives had to impose forceps to ensure the passage of the baby through the birth canal. Also, the likelihood of dyslexia is increased if a woman has had rubella, chickenpox, measles, a herpes infection, or the flu.

If a child was born without cerebral disorders, then the prerequisites for the development of dyslexia may occur after suffering a head injury, concussion, meningitis or meningoencephalitis, after chickenpox, rubella, measles, and after suffering physical exhaustion.

Important! A lack of normal communication can cause acquired dyslexia in a child. Sometimes the disorder develops in bilingual babies (with whom they speak two languages). Parents can cause a disturbance themselves, starting too early to teach their children to read and write at a fast pace. At the same time, against the background of not yet formed oral speech, poor perception of writing develops.

Development mechanisms and types of disorders

Reading is a complex process in which both physiology and psyche are equally involved. This process is supported by the activity of several analyzers - visual, speech-speech and speech-hearing. The child sees the letters, learns, compares with the sounds, mentally performs the merging and unification of sounds, syllables, words, sentences, and then understands and realizes what he has just read. This happens in healthy children. Children with dyslexia are distinguished by the fact that a failure occurs in one or more of the links in this sequence.

Either the child does not understand what he sees on paper, or cannot put syllables into words, or there are problems with understanding the reading.

By the way the violation manifests itself in a particular baby, there are several main types of dyslexia:

Depending on the link in which the reading chain has problems, the following are distinguished:

Only a speech therapist can recognize dyslexia, but parents can also suspect a violation at home.A child may have a problem, development of which is given enough time and attention, but still there are problems with the pronunciation of sounds, poor lexicon, he often does not accurately understand the meaning of words and the relevance of their use. The speech from childhood is unrelated, there are no detailed sentences, it is incorrectly formed grammatically.

A child with a phonemic disturbance form some sounds in speech often substitutes for others with similar sound. The child reads the letters, can skip both individual letters and whole syllables. In children with semantic dyslexia, reading is mechanical, the meaning of the reading is not absorbed, the reading technique is somewhat monotonous.

In the agrammatic form of the violation, the child has problems reading the case endings, consistency in speech is impaired, He can put a number of words with inconsistent cases, time, come from. The same mistakes are usually made in speech and in the letter. 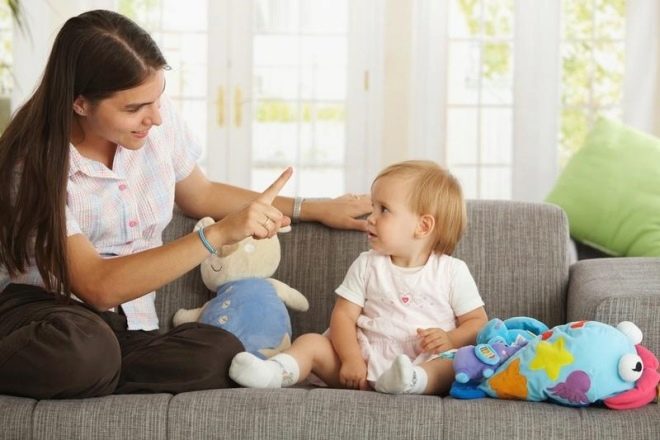 The multi-form form of reading and speech impairment is associated with the absence or disturbance between the image of the letter and its corresponding sound. The child replaces the sounds when reading, does not remember the letters.

In the optical form, the child mixes and replaces letters that are graphically similar to each other. When reading, the child often slides from the desired line to another, and there is also a mirror reading from right to left.

Diagnose the exact type and type of violation will help speech therapy test, aimed at a comprehensive assessment of oral, written language and technology reading. For this, you will be given tasks on pronunciation, exercises for cheating, dictation, tests for understanding the read and heard text.

Sometimes the determination of the type of violation requires consultation with a pediatric neurologist, an electroencephalographic examination. Sometimes, to determine the nature of the violation, you need to visit an oculist. 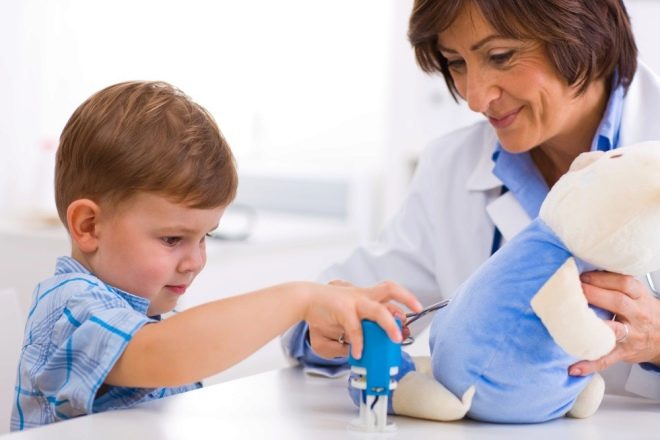 There are no universal, effective methods for eliminating the violation; there are only correction programs that can partially reduce the manifestations of dyslexia. They include speech therapy classes, which include the correction of defects, the establishment of the correct pronunciation of sounds, connections in their merger, the formation of words, the discussion of what is read and what is heard.

Requires expansion of the child's vocabulary Children must learn to memorize letters, letter images, sounds. The category of non-standard approaches to correcting and correcting a violation includes the Ronald Davis method, which offers to teach children by giving mental images to letters. Classes are held both in groups and individually.

To make a correction or not, it is up to the parents themselves. It is believed that dyslexia is a “disease of geniuses”, and at various times the storyteller Andersen, Leonardo da Vinci, Albert Einstein suffered from it. That is why the future of a child with such a violation may well turn out brilliantly and without exhausting lessons on correcting the violation. Experts do not have recommendations on this subject.

Those who want to get rid of the problem will have to work hard, but no one guarantees success. Teaching a child to think differently is not an easy task, but there’s definitely no need to treat anything. If you fight with a violation, then the chances of a more successful adaptation to school, the university will be higher, because not every kid with dyslexia has bright and even brilliant abilities, like Einstein. 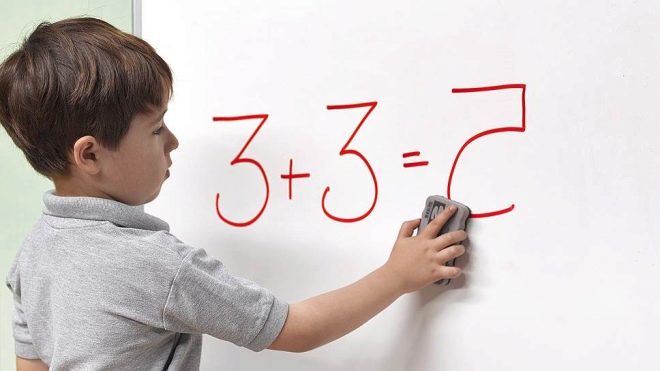 It is believed that the earlier the correction begins, the better the forecasts. Associations of parents of children with such a disorder recommend doing it even before school, because at 9, 10, 12 years old the correction brings less benefit.

Important! To help children of primary school age can in many ways the family and the teacher. It is necessary to pay more attention to the child, read with him, discuss what he read, encourage the desire to master the letter.

Typically, the violation is detected in elementary school, sometimes - in the senior preschool age. It is from the moment of detection that it is recommended to proceed with the correction.Special hopes for methods should not be pinned, for most people, certain dyslexia persists even in adulthood, which does not prevent them from communicating, reading books, writing, receiving professions and achieving success in life. 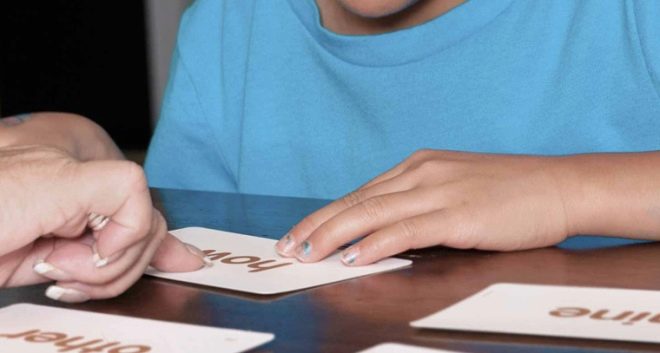 About dyslexia in children: symptoms, causes, correction, see the next video.

Acetonemic syndrome in children
Information provided for reference purposes. Do not self-medicate. At the first symptoms of the disease, consult a doctor.