The prolapse of the rectum in children is a pathology with which the parents of babies are not so rare. At the same time, medicine is not ready to give the exact causes of this phenomenon, but there are absolutely specific rules that will not allow this to happen. And about them, moms and dads should know.

The prolapse of the rectum is called a disease that is manifested by the omission of the lower intestine and the inversion of its fragment out through the anus. Falling out can be quite a painful condition that causes the child considerable discomfort. Over time, the proliferation becomes more frequent, the risk of necrotic changes in the intestine increases, and the incontinence of fecal masses is possible.

Among all the proctological problems of childhood, this diagnosis is considered the most frequent. The fact is that children have their age differences in the structure of the colon and sphincters. And because most often the disease is diagnosed in children aged 1 to 3 years, with a lesser frequency - in preschool children. In adolescents this is almost not the case.

There is a certain gender dependence. Thus, in children of the male, prolapse of the rectum occurs almost twice as often as in girls of the same age.

The exact root causes of the prolapse of the distal part of the rectum are currently unknown to medicine. But numerous studies of the problem allowed to detect several triggers - factors, under the influence of which the disease develops. Most children fall out of the intestine while several triggers coincide at once.

Pathology manifests itself in the same way as it sounds - that is, prolapse is the main symptom and the main diagnostic sign. In a calm state, the fallout may be imperceptible. It usually appears and becomes apparent after bowel movements. If you ask the child after he pokes, bend down, you can consider reddish fragment of the mucous membrane, which is visible in the lumen of the anus.

At the initial stage, any complaints of pain or discomfort in the child may not be.He behaves naturally, his state of health does not change. The gut returns to its original normal position several hours after a bowel movement.

But over time, the disease always progresses, and soon spontaneous reduction begins to require more and more time. The gut, remaining outside, swollen, inflamed, there are complaints of pain and discomfort in the anus.

Over time, if the child does not receive treatment, the dropped out part of the intestine becomes covered with ulcers, necrosis is observed. This can cause peritonitis.

Having noticed the symptoms described above, many parents cannot identify the disease on their own and turn to the pediatrician with complaints that the child "has something foreign in the pope." The doctor, unlike moms and dads, is able to identify the pathology during the most ordinary examination of the anus, as well as during palpation of the rectum (digital examination). Preschooler children who are already well aware of what is required of them, can specifically push in the doctor's office, and then the diagnosis will not cause any difficulties at all, because the brightest of all symptoms of the disease appear when the pressure inside the abdominal cavity is increased.

To establish an accurate diagnosis, the doctor may advise to undergo irrigology, make an x-ray of the large intestine using a contrast agent. Children, who often suffer from such a disease as a prolapse of the rectum, against the background of infections, must be tested - they are carried out a bacteriological examination of feces.

All this gives a lot of information about whether there are changes in the intestine, what they are, whether there are infectious pathogens, how severe is dysbiosis, etc. All this will help to prescribe the correct treatment.

No matter how terrible the diagnosis may sound, parents do not need to panic and despair - in 95% of all cases of rectal prolapse no operation is required for a child, the disease can be treated with conservative methods, but this will require strict observation of all the doctor’s recommendations from the baby’s family.

If the test shows an infection, it is first recommended treatment with antibacterial drugs, other agents are sometimes recommended, for example, antifungal, if the infection is of fungal origin.

Regardless of whether there is an infection or not, the child is shown a diet in which his diet will contain a low fiber content. Parents will need to ensure that the pressure inside the abdominal cavity does not increase, for this the doctor prescribes enemas before the baby pokes. 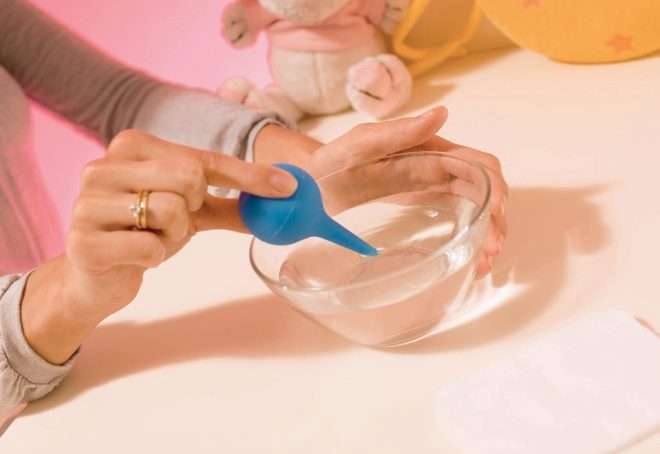 If self-administration of the loose part of the intestine is not possible, manual reposition is carried out. Fear of this procedure is not worth how to carry out the first time, the doctor will show in the clinic, but because parents can easily perform the necessary manipulation at home on their own.

For this, the child is placed on the belly, the legs are asked to lift and spread to the sides. Mom puts a glove on her hand, lubricates her finger with Vaseline. It is also applied to the precipitated part of the intestine. The first part of the central part, which "looks" into the lumen of the anus. As the central part is repositioned, the peripheral parts are drawn inward.

Sometimes, after reposition, the intestine cannot be held inside; this usually happens with significant sphincter weakness. In this case, it is recommended to keep it mechanically in order to prevent another loss. To do this, the baby’s buttocks are folded and glued with plaster.In the prone position, the child usually spends several days. Then, during the month, the child is shown emptying while lying on its side.

Usually, all these measures can cure the disease to the full. But if there is no desired effect, the child is prescribed the introduction of an alcohol solution into the fiber of the adrectal zone. This is done by doctors in the hospital. In most cases, one procedure is enough.

Surgical treatment - Tirsha operation, rarely performed. It consists in the surgical narrowing of the anus.

In 99% of cases of rectal proliferation in children, medical prognoses are favorable. If the treatment was rendered correctly, the risk of recurrence is minimized.

In order to eliminate the disease, it is important to properly plant the child in the pot, to prevent constipation and diarrhea. Dr. Komarovsky recommends monitoring the nutrition of the child, as well as not to allow long "meetings" on the pot. 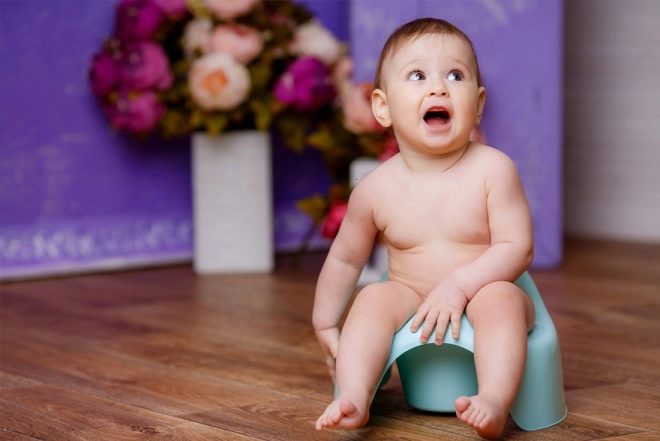 More information about the disease tells a specialist in the video below.

The causes, symptoms and treatment of epilepsy in children
Information provided for reference purposes. Do not self-medicate. At the first symptoms of the disease, consult a doctor.