Oscillococcinum for children: instructions for use 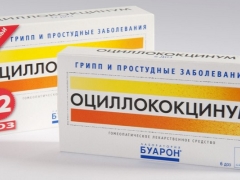 Viral infections occur in children very often, especially if they are in a children's team or public places. For the prevention of acute respiratory disease or for the treatment of the disease, if it was not possible to avoid it, homeopathic preparations are often used. One of the most popular means of such a group is called Otsillococcinum. Can I give it to children and in what dosage?

Oscillococcinum is produced by a French company "Boiron" only in one form, which is granules, which dissolve easily upon contact with water or saliva. They have a white color, almost spherical shape and no smell. These granules taste sweet.

They are placed in plastic white tubes of 1 gram each. One such tube is one dose of the drug. The granules in it are tightly closed with a polyethylene stopper. Tubes are packed in blisters of 3 pieces each, and in one box there are 2, 4 or 10 blisters (from 6 to 30 doses).

The active component of the granules is the extract, which is obtained from the organs of the musk (it is also called barbarian) duck. The substances extracted from the liver and the heart of such a bird are diluted up to 10 to minus 400 degrees. To make the product sweet and quickly dissolved in the mouth, the active ingredients are combined with sucrose and lactose.

Ocillococcinum refers to homeopathic remedies that are recommended to be taken at the first manifestations of ARD - fever, cough, headaches, chills, body aches, sore throat, rhinitis, and others. The active ingredient granules according to many studies able to improve the condition of patients and facilitate the course of viral infection. However, the mechanism of the effect of the extract on viruses or the human immune system is not described by the manufacturer.

Most often, Oscillococcinum is prescribed for influenza, which has a mild or moderate course. In addition, the granules can be used for other acute respiratory diseases provoked by viruses. 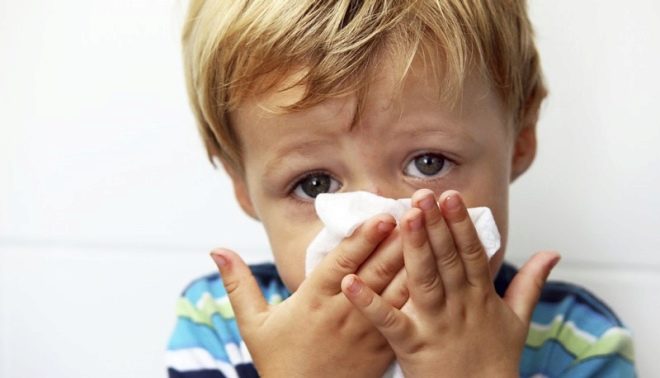 There is no age limit for the drug, so Ocillococcinum can be given to both babies or toddlers attending kindergarten, and schoolchildren and adolescents. The tool is called harmless, but it is recommended to use in children after a doctor's prescription, because sometimes complex therapy is required, which also requires other medications. 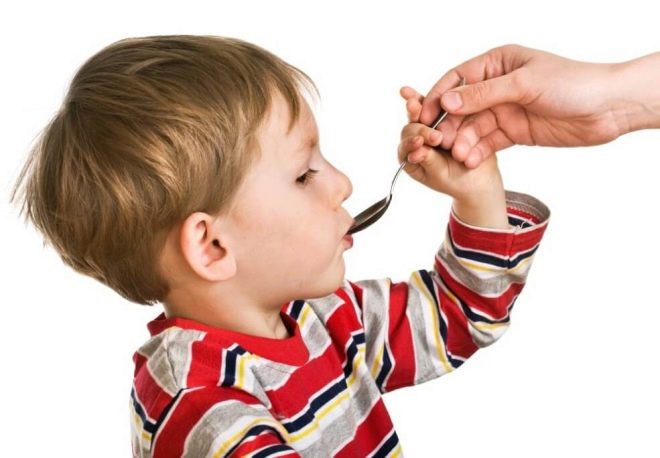 Granules should not be given to children who have hypersensitivity to their components. For example, due to the presence in the preparation of milk sugar Oscillococcinum is contraindicated in patients with both lactase deficiency and lactose intolerance. You should not take this tool in case of a hereditary violation of the assimilation of glucose-galactose, which is called malabsorption.

According to the data in the annotation to the granules, they do not cause any side effects. However, in extremely rare cases, the use of Oscillococcinum can cause allergic reaction.

If you feel any ailments while taking the drug, you need to tell the doctor about it, who is observing the little patient.

To open the drug, you need to click on the blister from the transparent side, squeeze out one tube and then open it. The method of taking Oscillococcinum depends on the child's age:

It is advised to give Otsillokoktsinum to the child in 15 minutes prior to feeding or meal. If the child has just eaten, the pellet should be delayed for at least 1 hour. 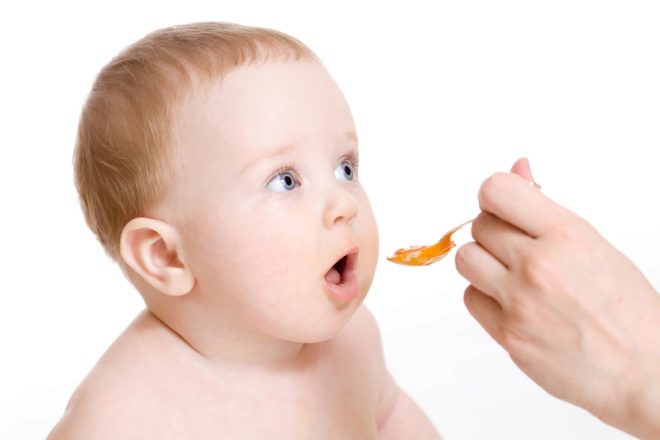 The age of the patient does not affect the dosage, but it depends on the stage of the disease:

There have been no cases when a very large dose of Oscillococcinum had a harmful effect.

The use of granules does not interfere with the treatment of other homeopathic remedies, as well as any medication, including antiviral, antibacterial, antipyretic and other medicines.

To buy an Oscillococcinum at a pharmacy, you are not required to show a prescription from a doctor. The average price of a box, inside of which is 6 doses, varies from 340 to 380 rubles, for a pack with 12 tubes you need to pay about 600-700 rubles, and a package with 30 doses costs about 1,400 rubles.

The shelf life of sealed tubes is 5 years. Prior to its completion, the Oscillococcinum should be stored at a temperature not higher than 25 degrees Celsius, picking up a place in which the granules will not reach the children and will not be exposed to direct sunlight.

On the use of Oscillococcinum with SARS or influenza, there are both good and negative reviews. In positive reviews, parents who trust in homeopathy call this remedy effective and harmless. They praise the granules for a pleasant taste, convenient form of release, the ability to give children and buy without a prescription.

According to them, taking 1-2 doses allowed to stop the development of the disease at the earliest stage or to transfer the infection more easily. Despite the rather high cost, these mothers are called Ocillococcinum advantageous means, because its reception helps to avoid the use of other medicines (antitussives, antibiotics, expectorants, etc.). 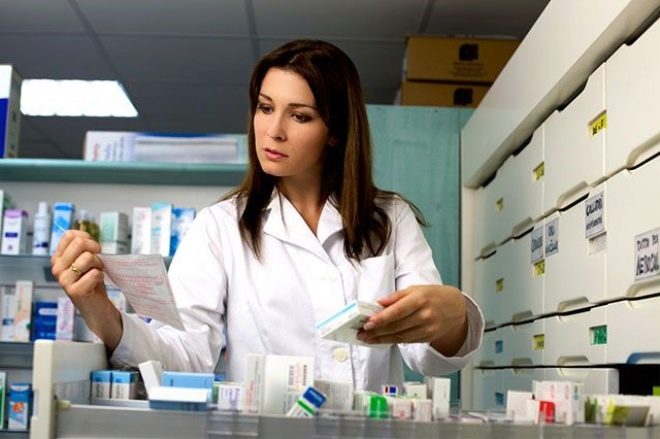 At the same time, you can see a lot of negative reviews, in which the Oscillococcinum is called placebo and pacifier. In them, mothers complain that the drug had no effect on the disease and the child had to be given other medicines that act on viruses.

Many doctors who support evidence-based medicine also speak negatively of Oscillococcinum. Among them is the popular pediatrician Komarovsky, who considers homeopathic granules, although harmless, but absolutely useless. However, the drug very popular in francewhere it is sold without a prescription and is the most popular anti-flu remedy.

Moreover, it was created many decades ago, and such a long presence in the pharmaceutical market gives some right to refer it to effective means. 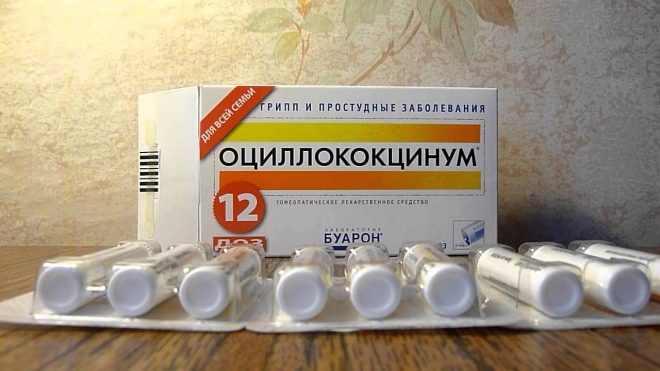 However, many doctors oppose homeopathy and declare that the mechanism of action of the extract from the internal organs of the duck on the immune system is incomprehensible, and the dilution of the active substances is so great that the granules can be called ordinary sugar balls.

The positive effect of taking Oscillococcinum in the first days of the disease, such doctors associate with the activity of the immune response of a particular patient (the body itself actively opposes the virus and the disease does not develop).

And so the question of whether to give Otsillococcinum to a sick child must be addressed individually, considering the attitude of parents to homeopathic treatmentand the condition of the little patient.

If, after the first intake of the granules, 24 hours have passed, and the child feels unwell, you should consult a doctor and examine the baby, and then start giving him other medicines that the pediatrician will recommend. 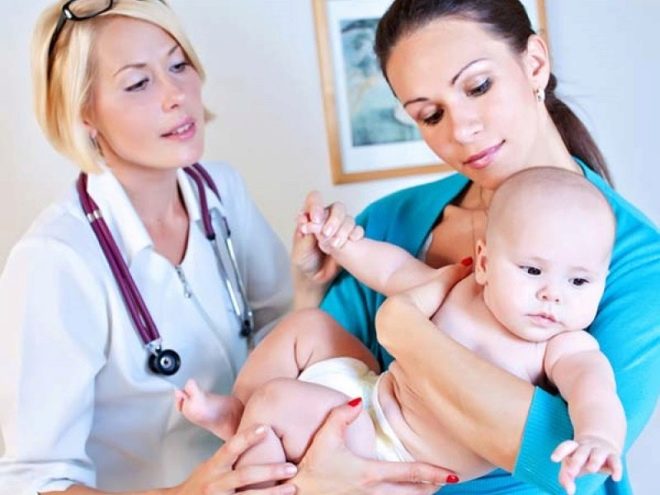 Other homeopathic remedies (among them there are cheaper ones) that have a similar effect can be the replacement of the Oscillococcinum:

In addition to homeopathic drugs, the replacement of Ocillococcinum can also be antiviral drugs (Kagocel, Arbidol, Orvirem, Amizonchik, etc.), and immunostimulating agents (Grippferon, Viferon, etc.), but their use without the advice of the attending physician is not recommended.

Korizaliya for children: instructions for use

Meditonzin for children: instructions for use

Traumel for children: instructions for use

Dantinorm Baby for children: instructions for use

Thuja oil for children and its use in adenoiditis

Cinnabsin for children: instructions for use

Tonsilotren for children: instructions for use

Rengalin for children: instructions for use
Information provided for reference purposes. Do not self-medicate. At the first symptoms of the disease, consult a doctor.