Tsipromed for children: instructions for use 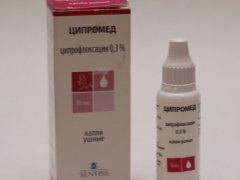 Ciprofloxacin preparations are in demand for various bacterial infections, but most of these drugs are not prescribed to children. Exceptions are local medications that drip into the eyes, for example, Tsipromed. Such a tool can be used at a young age, so mothers are often interested in when it is permissible to use it and what doses will not harm the children's body.

"Cipromed" is an Indian medicine, produced in two forms. Both versions of the drug are drops with an active substance concentration of 0.3%. This substance, as noted above, is ciprofloxacin. In 1 ml of the drug it is contained in an amount of 3 mg.

Both forms of Tsipromed are represented by a clear solution, which may have a yellowish tint. However, one of the drops are ophthalmic, and the latter are ear. The main difference between them is the composition of auxiliary ingredients. Both drugs include lactic acid and benzalkonium chloride.

Additionally, there is sodium hydroxide, sodium edetate, sterile water, and sodium chloride in the solution that is dropped into the eyes. Propylene glycol is added to the composition of the ear drops instead of these components.

In addition, the form of "Tsipromed" differ in packaging. Both drugs can be sold in plastic dropper bottles as well as in glass bottles to which the dropper is attached. However, the ear drops are presented in a larger volume - 10 ml of the solution is inside a single bottle, while eye drops are available in 5 ml each in a bottle.

Ciprofloxacin, which belongs to the antimicrobial agents of the fluoroquinolone group, has a fairly wide range of bactericidal effects. This substance inhibits an enzyme called DNA gyrase, as a result of which the synthesis of DNA and protein molecules in bacterial cells stops.

Tsipromed eye drops are prescribed for children diagnosed with: 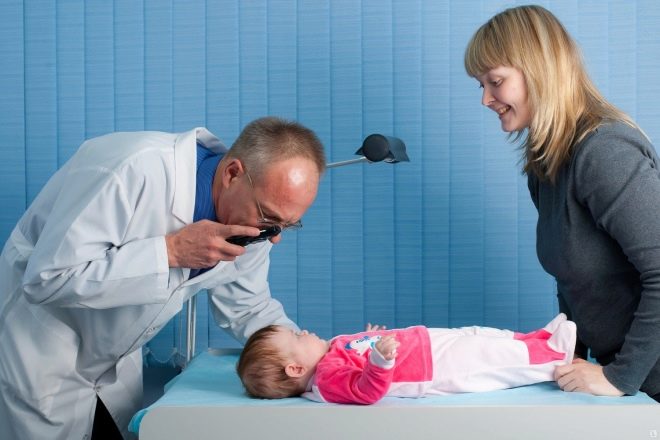 Such a medicine is also prescribed for injuries of the organ of vision or after eye surgery, in order to prevent bacterial complications. As for the ear drops, such “Tsipromed” is in demand for otitis media with external and external otitis, which are acute or occur in a chronic form. This type of medicine can also be used prophylactically if an ear injury is detected or surgery has occurred.

Sometimes the ENT doctor prescribes “Tsipromed” to drip into the nose, for example, with purulent rhinitis, sinus or adenoids. However, most experts do not recommend such use of the drug, as this increases the risk of side effects of ciprofloxacin on the patient's body.

The use of eye drops is allowed for patients older than 1 year. If eye diseases are diagnosed in a child of the first year of life, “Tsipromed” cannot be dripped. Ear drops "Tsipromed" is contraindicated for children under 15 years of age.

“Cypromed” in any form is not used for hypersensitivity to any ingredient of such a drug, as well as for allergies to other agents from the group of fluoroquinolones.

Immediately after the introduction of "Tsipromed" in the eyes, a slight burning sensation may occur, which lasts for 1-2 minutes. It may also cause eye pain, redness, or itching.

In some patients, the drug causes swelling of the eyelids, skin allergies, feeling of a foreign body in the eye, increased tearing, blurred vision, an unpleasant taste in the mouth, photophobia and other symptoms.

If they occur in a child, you should immediately contact an ophthalmologist. Ear drops can provoke allergic reactions. In this case, treatment with Tsipromed should be abandoned. 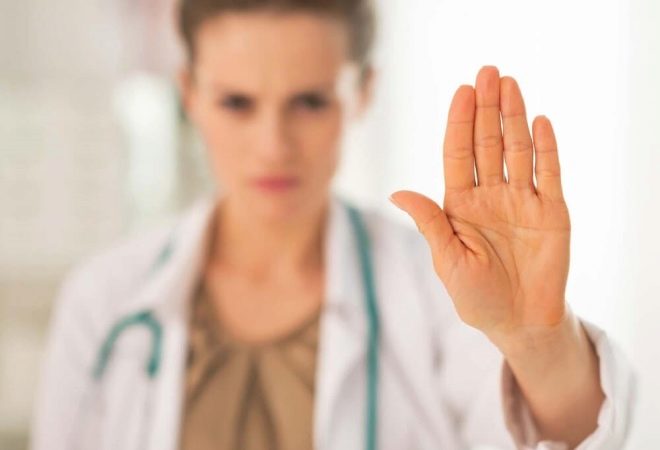 If a child is prescribed “Cypromed” in the form of eye drops, then according to the instructions, it is given 1-2 drops in the conjunctival sac of the inflamed eye. The frequency of use is affected by the severity of the inflammation and the diagnosis. For example, if a patient has bacterial damage to the conjunctiva, the drug can be dripped 4 to 8 times a day.

For the treatment of keratitis medication is used at least six times a day, and inflammation of the lacrimal canal requires 6-12 times instillation.

The duration of treatment with “Tsipromed” also depends on the disease and its course. To eliminate inflammation of the conjunctiva, the drug is dropped from 5 to 14 days, and for corneal lesions, it is used for 3-4 weeks or longer. For prophylactic purposes, the drug is administered one drop up to 6 times a day during the entire healing period (up to one month).

Ear drops are used three times a day, firstly the drug has been slightly warmed in the hands. A single dose for one ear are 5 drops. When the symptoms of the disease disappear, the medication is recommended to use another 48 hours. Having instilled the medicine, you need to hold your head upturned for about 2 minutes or close the ear canal with a cotton wool turunda. 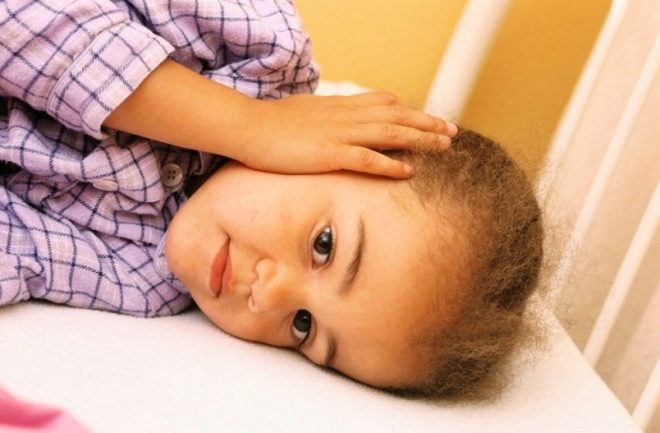 Due to their predominantly local influence, eye drops are not capable of causing an overdose (when instilled into an eye in an excessively large amount) and can be used together with any other drugs, but when administered with other local remedies there should be a break of at least 5 minutes.

If a child accidentally drinks the medicine, it can lead to vomiting, fainting, diarrhea, and other symptoms. In such a situation, it is recommended to flush the stomach and give the patient enough liquid. This information applies to drops in the ears.

To purchase any of the options "Tsipromeda" requires a prescription from a doctor. The average price of eye drops is 130 rubles, and about 150 rubles should be paid for a bottle of ear drops.

Keep both types of medication should be hidden from the kids and the rays of the sun at a temperature of 0 to +25 degrees. Tsipromed's shelf life is 2 years if the vial is sealed. After the first use, the medicine can be stored for no longer than one month.

There are a lot of good reviews about the treatment with “Tsipromed”. Eye drops praise for high efficiency, the possibility of using in childhood, affordable cost and a small list of contraindications. Negative side effects in the form of redness, burning or other symptoms judging by the reviews rarely occur. The disadvantages of the drug include reducing the shelf life after opening.

The same deficiency is noted in the ear drops, but the main disadvantage of such a remedy is considered a contraindication for children under 15 years of age. As for the action of “Tsipromed” in the ears of adolescents, the drug is in most cases called effective.

How to cure conjunctivitis with this drug, see below.

Replace "Tsipromed" in a situation when there was no such medicine in the pharmacy, other ciprofloxacin-based eye drops can ("Tsiprolet"," Ciprofloxacin-AKOS ","Ciprofloxacin") Or other fluoroquinolones (" Vigamoks "," Danzil ","Levofloxacin"," Zimar "," Sinnicef ​​","Floksal"," Maxifloks "). If a child is allergic to these drugs, then in case of eye diseases, the doctor will prescribe other antibacterial or antiseptic drops.

If you want to find an analogue of “Tsipromed” for ear diseases, the doctor may advise one of these drugs:

"Vitaon" for children: instructions for use

"Mexidol" for children: instructions for use

Is it possible to use Taufon eye drops for treating children?

Singular for children: instructions for use

Salbutamol for children: instructions for use
Information provided for reference purposes. Do not self-medicate. At the first symptoms of the disease, consult a doctor.