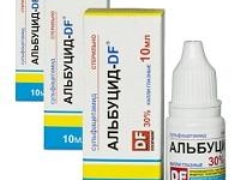 Sulfacyl sodium has been used for many years for eye diseases caused by harmful bacteria. For many older people, this medicine is known as "Albucid" - this is the outdated name of this medicine. Is it prescribed to children, under what pathologies and in what dosages?

Sulfacyl Sodium is manufactured by many Russian pharmaceutical companies and manufacturers from neighboring countries. Sometimes in the name of the medication there is a prefix that indicates the manufacturer, for example, Belmed, DIA or MEZ. However, all these drugs are identical to each other and contain the same active compound.

The only form of medication is eye drops with an active compound concentration of 20 percent. Often, they are sold in polymer dropper tubes or in plastic dropper bottles. Some manufacturers offer "Sulfacil sodium" in glass vials, to which is attached a dropper cap.

According to its physical characteristics, the drug is a clear liquid. It is usually colorless, but may be painted in a light yellow color. The amount of solution in one tube or bottle is 0.5 ml, 1 ml, 1.5 ml, 2 ml, 5 ml or 10 ml, and one pack can hold one, five, ten or more bottles.

The main component of the drug is called sulfacetamide and is contained in the solution in an amount of 200 mg per 1 milliliter. In addition, there is often sodium thiosulfate, purified water, and hydrochloric acid in the preparation. For some manufacturers, sodium hydroxide and disulfite are auxiliary components of the solution.

The drug is a group of antibacterial agents called sulfonamides. It has a fairly wide range of bacteriostatic effects on various microbes, that is, the active substance drops slows the growth of the pathogen. The drug has activity against pathogenic cocci, Escherichia coli, chlamydia, Corynebacteria, Shigella, Toxoplasma and other microorganisms. In this case, the viruses and fungi "Sulfacyl sodium" does not act.

Sulfacetamide has a predominantly local effect and penetrates well into the eye tissue, however, part of this substance is able to be absorbed into the blood.

At the same time, the amount absorbed is too small to cause systemic side effects, but it is enough to cause hypersensitivity, which requires caution when reapplied.

"Sulfacyl sodium" in demand in the treatment of:

The drug is used for prophylactic purposes (for example, burns or eye injuries) to prevent the occurrence of infection. In addition, "Sulfacil sodium" is the drug of choice to prevent the development of blenney. So called conjunctival infection caused by gonococcus, which is usually diagnosed in newborns who become infected during birth from the mother.In order to prevent such an infection, Sulfacyl Sodium is dropped to babies in the first hours after birth.

If a patient has a bacterial runny nose, some ENT doctors may prescribe “Sulfacyl sodium” to the nose. This method is sometimes used in adenoids, when the doctor revealed his purulent form in a child. In addition, "Sulfacil sodium" can drip into the ear for otitis, if the doctor sees the benefits of such a tool.

"Albucidum" can be used at any age, that is, such a means is permissible to drip both to newborn babies and babies up to a year, and to schoolchildren or adults. But, like any other antibacterial agents, such drops should not be used in children without first consulting a doctor, so as not to miss the timebecause not all diseases can be treated with Sulfacil sodium. 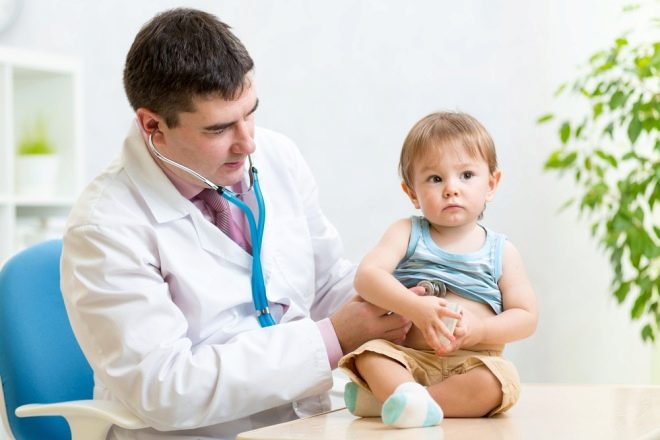 The drug can not be used in patients with hypersensitivity to any of its components. In addition, "Sulfacyl sodium" does not apply even in case of allergy to other sulfa drugs. In addition, the drug is not prescribed, if fungi or viruses have caused the infection of the eye.

The drug may cause allergies, such as skin rashes. In addition, after treatment of the mucous membrane of the eye with Sulfacil sodium, local reactions sometimes occur. Often they are manifested by redness, cutting in the eyes, itching or burning. In some children, after instillation of funds, edema and tearing are detected. If any of these negative symptoms appear, you should immediately abandon the further use of drops and contact your doctor.

A single dosage of the drug is 1-2 drops in each eye, and the frequency of use depends on the disease:

The duration of use of "Sulfacil sodium" depends on the diagnosis and the course of the disease. Children with conjunctivitis means prescribed for 4-5 days and cancel after improvement. With blepharitis, the course of treatment most often lasts 3-5 days, and for purulent ulcerative lesions of the cornea, the remedy drops to 7 days. If the medication treats blenorrhea, then the drops are used within 2 weeks, and if the eyes are affected with chlamydia, the medicine is applied even longer - up to 6 weeks.

In the prophylactic use of drops to prevent Sulfacyl Sodium bleeding at a dose of 4 drops, they are introduced into the eyes of a newborn (two drops in each) immediately after birth. After 2 hours, the procedure is repeated using the same dosage.

About the cases when the introduction of an excessive amount of drops has become the cause of poisoning is not known before this time. In case of accidental ingestion of medication, it is recommended to flush the stomach and show the child to the doctor.

The effect of the use of "Sulfacyl sodium" decreases when it is combined with tetracaine, benzocaine or procaine. The drug can not be combined with silver salts, salicylates and difeninom. If you use "Albucid" together with chloramphenicol preparations, their side effects will increase.

Sulfacyl sodium is an over-the-counter medicine and is freely available to anyone.The price of the drug is influenced by the amount of solution in the vial or tube, and the manufacturer, so the cost of Sulfacil sodium in pharmacies varies from 15 to 70 rubles.

Most manufacturers recommend storing drops at temperatures below +15 degrees, but do not allow freezing. To store the drug, you must choose a place that will be inaccessible to kids.

The shelf life of sulfacyl sodium before the first use of the drug is 2 years. From the moment of opening the bottle or tube, it is reduced: some manufacturers recommend throwing the drug out after 14 days, others — after 28 or 30 days — more precise information needs to be clarified in the instructions for the medicine.

Most of the reviews that leave parents and doctors about "Sulfacil sodium", calls such drops effective and quite effective for conjunctivitis and other eye damage. In addition, the advantages include the possibility of using from birth, as well as the prevalence of drugs in pharmacies and low cost.

According to most mothers, it is convenient to use the medicine, but it acts quickly enough to help get rid of eye infections. Thanks to these features Sulfacyl sodium is often taken on trips or included in home kits.

As for the shortcomings, the parents most often mention discomfort after instillation. Many babies protest against this medicine and complain of tingling and burning after application. When the medication is used in the nose, also tingling discomfort and bitter taste is noted. 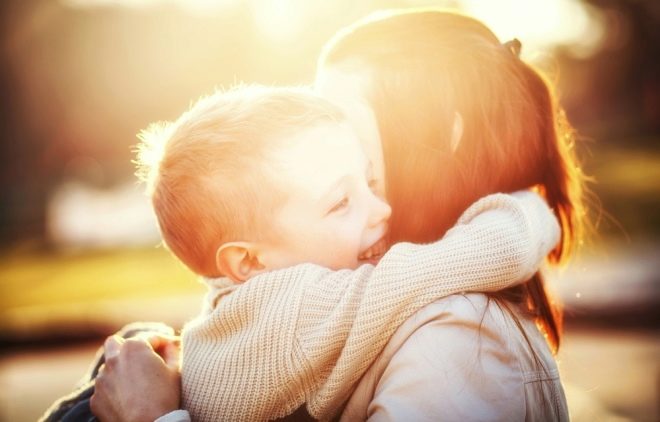 In addition, Sulfacyl Sodium did not help some children. This is usually associated with the resistance of the pathogen to sulfonamides and requires the prescription of antibiotics of other groups. The disadvantages of the drug also include a very short shelf life after the vial or tube is opened.

Separately, there are reviews of the use of "Albucid" in the nose, which are also mostly positive. They call the tool effective for purulent rhinitis or prolonged course of rhinitis. However, many doctors, among them the famous pediatrician Komarovsky, consider such treatment ineffective.

According to them, the tool does not have time to act on the mucous membrane of the nose, and enters the throat and is swallowed. They believe that such eye drops should not be applied to the nose, and if you have a cold, you should use other medicines that have proven themselves in the treatment of rhinitis, sinusitis or adenoiditis.

Instead of "Sulfacyl sodium" in conjunctivitis and other eye diseases The doctor may recommend another remedy of a similar effect.

How to treat eye inflammation in a child, see the next video.

Can albumin help with a cold in children?

"Pangrol 10 000" for children: instructions for use

"Nexium" for children: instructions for use

"Diaskintest" for children: from the characteristics of the application to the assessment of results

Dr. Komarovsky about Albucid’s instillation into the nose for children
Information provided for reference purposes. Do not self-medicate. At the first symptoms of the disease, consult a doctor.