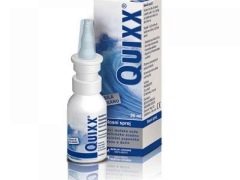 In the treatment of rhinitis in childhood, drugs with a natural composition and a safe influence on the mucous membrane are especially appreciated. One of them can be called spray "Quicks." The basis of this drug is water from the Atlantic Ocean, which contains many valuable trace elements and mineral salts. This spray can be used for everyday cleaning of the nasal cavity, and for the treatment of rhinitis, since Quix effectively relieves congestion and facilitates breathing.

One of the advantages of the drug can be called the special structure of the upper part of the bottle, due to which the solution is gently sprayed to form fine particles that are unable to damage the mucous membrane. In addition, under the dispenser there is a system that cleans the incoming air and does not allow microorganisms inside, therefore the opened bottle is kept for a long time.

Depending on the concentration of salt and other active ingredients, three drugs are presented in the Quix product line.

All types of drugs are sold in plastic bottles that have a spray pump and a protective cap. The volume of solution in one bottle - 30 ml. About 220 doses are obtained from this amount of medication.

The oceanic water present in Quix helps moisten the surface of the nasal passages, thin the mucous secretions, eliminate dust particles, crusts and various contaminants. Manganese, silver, copper and other elements in its composition have antimicrobial and antiallergic properties, as well as reduce the activity of inflammation.

Since the solution in the classical preparation and the agent with eucalyptus is hypertonic, when using these sprays, the congestion and puffiness pass. This is due to osmotic pressure, when, due to the high salt content, the drug “pulls” water from the mucous membrane cells. In this case, the drug acts only locally - on the mucous membrane of the nasal passages and paranasal sinuses. 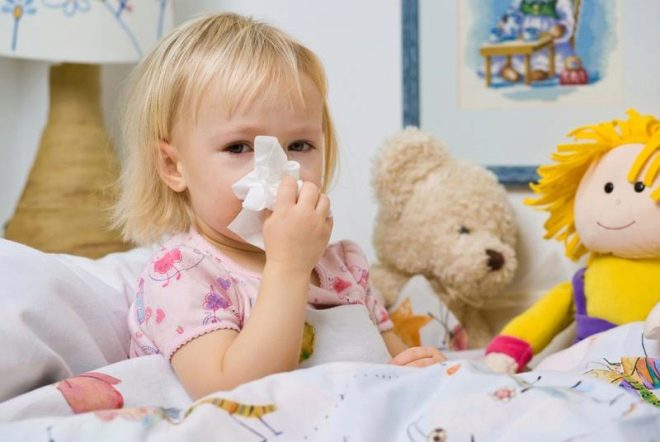 Eucalyptus oil, which is an additional component of Quix Eucalyptus, has an antibacterial, anti-inflammatory and refreshing effect.The presence of aloe extract in isotonic spray gives this medicine additional anti-inflammatory and regenerating properties. The use of "Quix" helps to restore the functions of the nose and reduces the risk of complications such as sinusitis, frontal, otitis, and so on.

The classic "Quix" and the drug "Eucalyptus" are prescribed for acute diseases of the upper respiratory tract, which manifest as a runny nose.

Such remedies are used in the treatment of flu, allergies and colds, when it is necessary to eliminate congestion so that the child can breathe normally with his nose. Quiks Aloe spray treatment is also recommended for daily hygienic nasal cleansing. The drug can be sprayed with a feeling of dryness in the nose, as well as to prepare the nasal passages for any therapeutic measures. 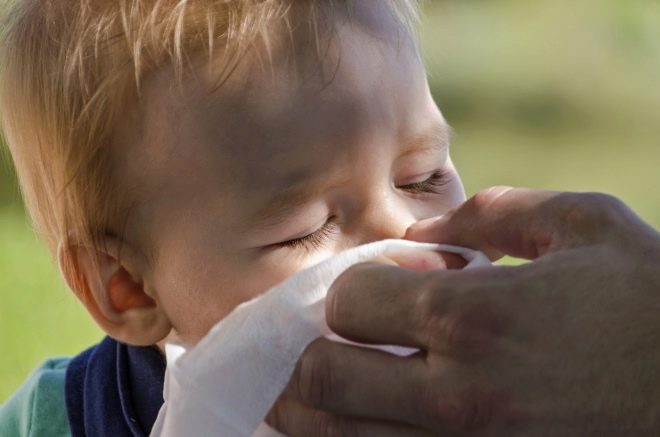 "Quix" in blue packaging, which the manufacturer calls classic, can be used even in infants who are 3 months old.

The use of Aloe is allowed from the age of six months, and Quicks Eucalyptus is allowed to spray only from 6 years.

Any of the drugs "Quix" is not used in case of hypersensitivity to its components. If the child has suffered an injury or surgery in the nose, then the spray should be used with caution. 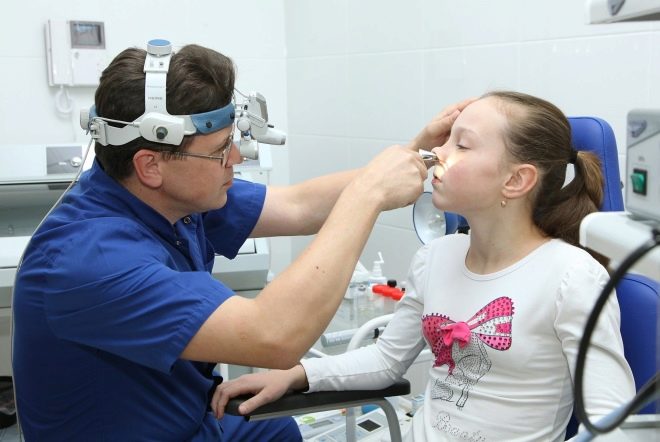 Often the use of Quix does not cause any unpleasant symptoms. Only occasionally at the beginning of treatment with hypertonic solutions, a burning sensation may occur immediately after irrigation, but it soon passes.

Before using any Quix spray, remove the cap from the bottle and spray the solution several times in the air. Only after that you can begin treatment by inserting the tip into the nostril and pressing the cuff of the nebulizer with two fingers on both sides of the tip. After each use, the tip of the bottle is wiped and tightly closed with a cap.

The preparation "Quix Aloe" irrigates the nasal passages in turn several times a day, but for kids under 6 years old - no more than four times. Usually, when processing, they make one click on the nebulizer, but from the age of six such medication can be sprayed in one nasal passage and two or three clicks.

“Classic” spray is applied twice or three times a day, pressing the sprayer 1-2 times for each nasal passage. The same scheme is recommended when prescribing the drug "Eucalyptus". The duration of use of any "Quicks" is not limited - spray can be used as long as necessary in a particular situation, for example, until the complete disappearance of rhinitis or during the entire season of ARVI.

If you use "Quix" in a higher dose, you may experience burning, redness and other local symptoms, which soon disappear after the cessation of irrigation. Accidental swallowing the solution does not have any harmful effects.

"Quix" is compatible with any other drugs and is often used to clean the nose before using other medications, such as antibacterial drops or vasoconstrictor sprays. 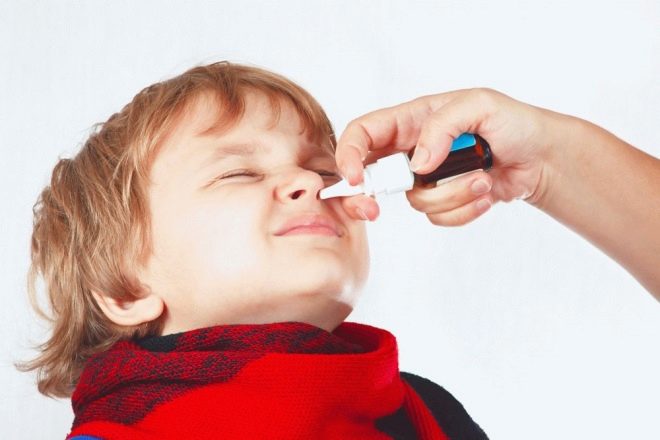 All kinds of "Quix" are freely sold in pharmacies, as they relate to non-prescription drugs. The average price of one bottle of “Classic” spray is 300 rubles. Aloe spray packaging costs around 320–350 rubles, and the cost of the drug with eucalyptus oil is approximately 360 rubles.

There is no need to store the vial in the refrigerator, since Kviks does not deteriorate at room temperature. The shelf life of any spray is 3 years from the date of manufacture, but the contents of the opened bottle can be used for only 6 months. If after the first spraying of the solution more than six months have passed, the medication should be discarded.

About the use of drugs in children there are quite a lot of positive reviews.According to moms, after treatment with Quix, the accumulated mucus and crusts soften, which helps to clean the nose, and thanks to the moisturizing effect, the spray helps to eliminate irritation. The advantages of "Quix" include a natural basis, the absence of addiction and safety for children's spout.

The “classic” drug is praised for the possibility of use in infants, the aloe product - for the pronounced moisturizing effect, and after using the “Eucalyptus” spray they note a refreshing effect, thanks to which it becomes easier to breathe.

Among the shortcomings of this line of drugs is usually called the high cost, which many mothers consider overpriced, because there are similar tools that are cheaper. 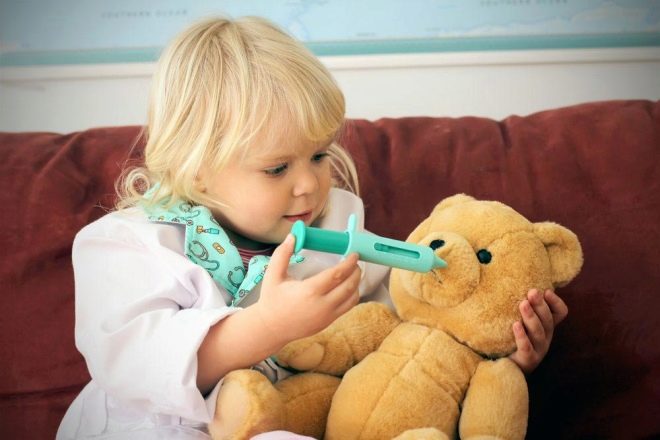 One of the most popular analogues of "Quix" can be called the drug "Aquamaris", which is also made from sea water. In drops it is allowed to use even in newborns, and the spray is assigned to children older than a year. The preparation "Aquamaris Strong" contains a hypertonic solution, so this medicine is able to fully replace the "Quicks classic", but it is prescribed to patients from 1 year.

Not less popular replacement "Kviksa" are drugs "Aqualore". Medicines with this name are based on isotonic seawater. These are droplets of “baby” allowed from birth, as well as sprays of “soft” and “norms” intended for children older than 6 months. The action of the spray "forte" for patients from 1 year provides a hypertonic solution, and in the tool "extra forte", approved for children older than 2 years, additionally contains extracts of chamomile and aloe. 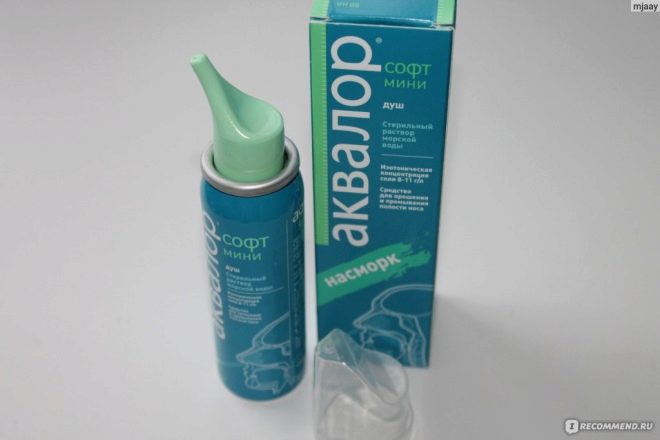 Other analogs of Quix are Sialor Aqua, Marimer, Humer, Physiomer, Nazol Aqua, Aquamaster and similar means. In case of a cold, the doctor may also prescribe “Pinosol” drops containing thymol, vitamin E, pine and eucalyptus oils. This tool is used with two years. “Pinosol” is also available in the form of cream and ointment (they are also prescribed from the age of 2), as well as in the form of a spray, which can be used from 3 years.

In more detail and clearly the effect of the drug is presented in this video.

Methyluracil for children: instructions for use

Aqualore Baby for newborns and infants: instructions for use

Tablets "Nemozol" for children: instructions for use

Micrazim for children: instructions for use
Information provided for reference purposes. Do not self-medicate. At the first symptoms of the disease, consult a doctor.