Can a newborn sleep on his back? 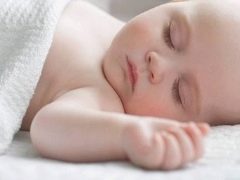 As soon as the newly-made parents return from the maternity hospital with a pink or blue bundle, one of the first questions becomes the question of organizing the baby’s sleep. On his stomach or back to lay it, is it dangerous to sleep on his back and why, in what position is it most safe for a baby to sleep in the first months of life? We will try to give answers to these questions in this article.

Theoretically and physiologically, a newborn child can sleep in any position, just like his parents - on his back, on his stomach, or on his side. In this case, much depends on the choice of the baby himself - newborns intuitively choose the position that is most similar to their intrauterine position. However, a child without a riot will agree to sleep in the position that his parents choose for him - he is too small, and the need for sleep is too big. 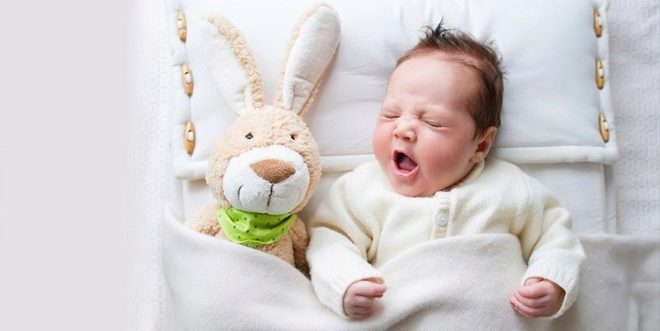 When deciding on a posture for sleeping a baby, mom and dad should be aware of the possible consequences, be aware of the likelihood of sudden infant death syndrome. Its true reasons for science are not completely known, but the predisposing factors are quite obvious:

This does not mean that all babies sleeping on their stomachs are at risk of sudden death from the non-obvious reason that caused the cessation of breathing during sleep. Many babies sleep well on the tummy and stay alive and healthy. But the risk is still not worth it.

Sleeping on the side is less dangerous already from those considerations that the child may burp in a dream. However, on the side, children rarely sleep soundly and for a long time - a pen and a leg numb.

Pediatricians from around the world most often recommend that parents of babies put the baby to sleep on their backs. The pose is the most physiological, because the child is not constrained in movements - he can put his arms and legs as he likes, and also at any time change their position if it becomes uncomfortable.

Such a position has its drawbacks - with a runny nose, a month-old baby will have difficulty breathing in a horizontal position on the back, and a runny nose (both physiological and pathological) is quite common in infants.

Children who are prone to regurgitation may choke in a dream if they sleep on their backs, and intestinal infantile colic, if they torture a baby, is more difficult to tolerate in a pose on the back.

If you decide in favor of sleeping on your back, you should know that such a posture of the baby will require a more careful attitude from the parents. To prevent burp asphyxiation, you need to put the child with his head turned to the side. Such a position will prevent burp into the respiratory organs. The main thing - every time to turn the head of the baby in different directions. If once the baby slept with his head turned to the right, then in the next bedtime, the head must be turned to the left. This will contribute to the symmetric development of the muscle tissue of the neck and shoulder girdle.

Some children flatly refuse to fall asleep on the back. So kids can let their parents fall asleep in a comfortable and comfortable position for them, whatever it may be. And then, when the baby falls asleep, it will be necessary to shift him to a safer position - on his back with his head turned to the side.

If the child is waving his arms in his sleep, this may cause permanent awakenings at night. As a result, neither the mother nor the baby will not fully get enough sleep.In this case, it is usually recommended tight or not swaddling, but having chosen it, parents will have to give up sleeping on their backs in favor of sleeping on their side. So the swaddled baby will be more comfortable and more comfortable.

Despite the different opinions of experts, the safest is considered to be on the side. Until one month of age, the infant will not be able to roll over in his sleep, and when he becomes older, the parents will be able to completely reconsider the position, combining it with sleep on the back, abdomen.

When nasal breathing is difficult in a posture on the side of the child's breathing easier, with belching the contents of the stomach just will not get into the respiratory tract and will not cause suffocation. This posture is also very useful in infantile colic - it is convenient for the child to press the legs to the stomach, even if it is swaddled, it is more convenient for the mother to apply a warm diaper or heating pad to the tummy suffering from colic. 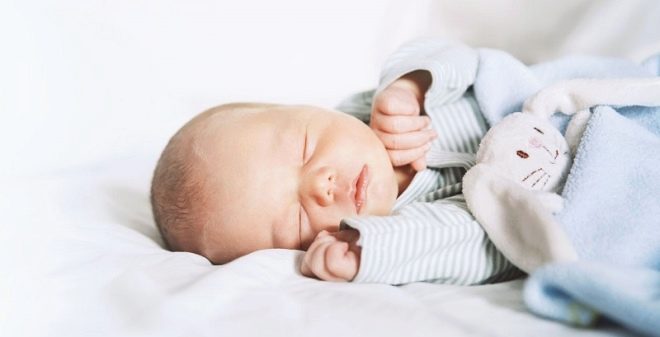 The side position also has its disadvantages - the child may suddenly turn his face down. To prevent this from happening, doctors advise small rollers to roll from the diaper. One is recommended to put in front of the baby, to prevent a coup on the belly, and the second - from the back, to eliminate a coup on the back. In this case, the crumb will be securely fixed between the soft rollers and will sleep more calmly and soundly.

Laying the baby on one side, remember that it is necessary to put it on the opposite side each time - on the right, and then on the left, then on the right. This is important in order to avoid deformation of the bones of the skull, which in newborns are mobile and soft, as well as to prevent the formation of torticollis.

The famous pediatrician Yevgeny Komarovsky derived several effective rules for healthy sleep in babies. However, he argues that the pose can be any, in which the child and his parents are comfortable and calm. True, Komarovsky still warns against sleeping on his stomach at an early age, especially those parents who smoke in an apartment, who choose too soft mattresses for their children and from the first days have provided the child with a pillow.

So that the dream gave the child pleasure, and his parents brought moral relief and well-deserved rest, Komarovsky advises focusing his efforts not on choosing a particular posture for infant sleep, but on organizing the right conditions for a comfortable and safe sleep.

To swaddle a child or not - the choice of parents in a particular situation. Regardless of how and how the child sleeps, Komarovsky recommends changing his postures from time to time. In the first month, sleep on the side is optimal.By the end of the neonatal period (by the end of the first month), a half-sided pose can be given to the child, which is transitional between sleeping on one side and sleeping on the back. Then you can safely alternate the pose on the back with the side positions for sleeping.

After 4 months, you can allow the crumbs to show their will and choose their own position for sleeping and resting, the risk of sudden infant mortality decreases, and a child who has already learned a lot and learned a lot has his own preferences.

Look at the position in which the baby’s father sleeps, in which position the mother prefers to sleep. Almost always, children inherit a tendency to one or another posture for sleeping with their parents, and this is completely normal.

On the position of the newborn during sleep, see the following video.

Scale APGAR: decoding scores of newborns in the table

Reflexes of the newborn

Cutting, bandaging or clamping the umbilical cord after delivery

Why apply the cream Bubchen under a diaper and how to do it correctly?

What is neurosonography in newborns and infants, how is it performed and what does it show?

Neonatal screening of newborns - genetic analysis of blood from the heel

How to cut nails to newborns?
Information provided for reference purposes. Do not self-medicate. At the first symptoms of the disease, consult a doctor.