Free and tight swaddling: what is the difference and what is better? 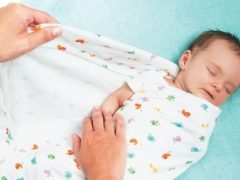 The way of swaddling newborns mothers usually choose spontaneously. Some swaddle as shown on courses or in the hospital, others - as it turns out, others know several ways and choose between them based on the situation.

You may not know the peculiarities of wide or French swaddling, you may not be able to do all this with three diapers at the same time, but knowledge of the technique for performing tight and free swaddling will certainly be useful for each newly made mother. In this article we will talk about the differences between these two types of swaddling and how to carry them out independently.

Free and tight swaddling are considered to be two sides of the same coin: both methods are subtypes of classical swaddling, and therefore they are not difficult to master and are available to any parent. Tight swaddling was considered almost the only possible for a newborn.

Soviet pediatricians recommended it in order for the little ones to straighten the legs, to have a beautiful and healthy posture in the future, and also for the child to sleep more peacefully. 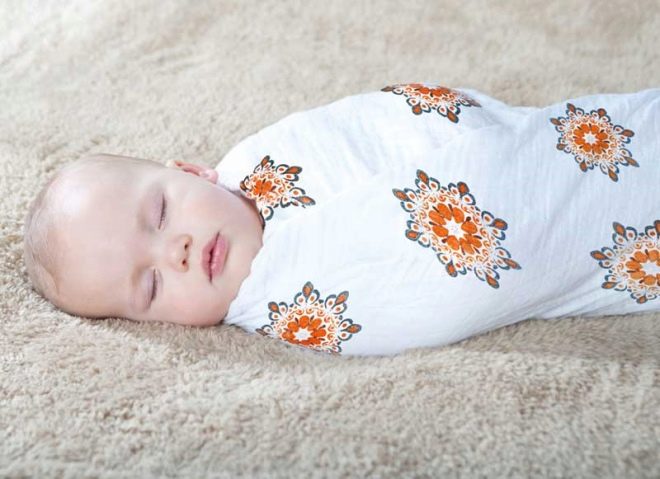 As time passed, the doctors concluded that legs, curves due to genetic peculiarities, are not straightened, even if the child is swollen the entire first year of life, the posture depends too little on the diaper. And then a wave of criticism hit the hard way. Psychologists have begun to assert that it suppresses the child’s personality, mothers are worried about whether it is disturbing the blood circulation. That's when they started talking about free swaddling.

In general, without a diaper, children are uncomfortable, experts say. In the mother's womb was cramped, and crumbs got used to it. In the big world, where he came on his birthday, everything scares him. He does not know how to control the movements of his hands, and therefore he waves them and he himself is afraid of it. To reduce stress, they swaddle to create the illusion of the presence of the familiar uterine walls around the baby. Both swaddling methods, both free and tight, cope with this task.

Differences - in the force of the diaper tension. The taut way does not allow the baby to raise his arms, to press his legs against his stomach. Free - all these actions are allowed, but here the waved hands of the baby are limited - the diaper does not. 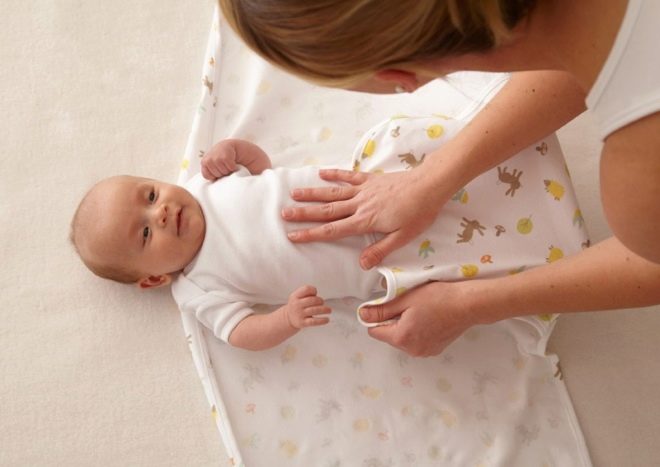 Free swaddling gives the child the opportunity to take the position that he wants. Applied to newborns, it is mainly about the physiological position of the embryo. With her, the child presses her legs to her stomach and folds her arms over her chest. The baby, who was wrapped in a diaper freely, will be able to take exactly this position, and also change it at any time if it is uncomfortable. 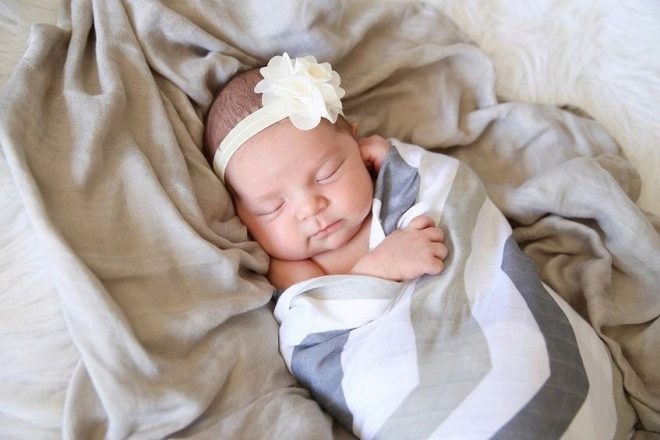 Swarming in the diaper, the child not only makes his muscles work, but also develops fine motor skills and touch. He touches himself with his fingers, the fabric from which the diaper is sewn, and a vest. It is very important for the development of brain functions of the newborn.

The skin that is not pulled tight by the diaper can “breathe”, air penetrates freely and freely under the fabric, and therefore the likelihood of pimples or diaper rash in a baby is significantly reduced.

The chest is not limited in the range of motion, the baby can breathe freely. The natural position of the embryo helps relieve infant colic. These are the main advantages of the method. And now let's consider its shortcomings.

Free swaddling is a rather flimsy design, and therefore your overly active child can regularly wriggle out of the diaper regularly and wake up with fear, hitting his face with his hand. If such a baby grows in your family, it is better to choose for him swaddling with handles, even if it is in an inert way. 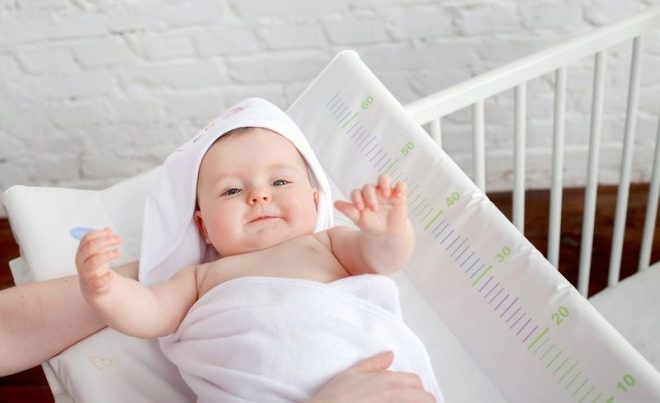 Free swaddling is more suitable for children calm, well related to the fact that they are wrapped. A baby protesting against swaddling and free swaddling are incompatible things.

Due to the fact that it is too easy to get rid of the diaper, the child can open up in the middle of the night and freeze, which he again will notify with a loud cry at night. Parents who from the first days orient the baby to a specific mode of the day, which naturally includes a long night's sleep, in such a situation quickly abandon the free type of swaddling in favor of another, not necessarily hard. There are alternatives, and therefore it is worth considering other ways.

Taut way - the pros and cons

Pediatricians argue about tight swaddling and so far can not come to this issue to a common denominator. But most of them are in agreement that the child, wrapped tight, really quickly calms down and falls asleep. Where the mother will rock the baby for an hour with the arms open, the mother using tight swaddling will have time to redo the mass of household chores while the baby sniffs peacefully in the diaper with a “pillar”.

A child during tight swaddling cannot scratch itself, does not bother itself with the wave of arms and legs. The situation when the child unwittingly turned around and froze in the middle of the night is excluded. The child, who was wrapped in a classic in an oppressive manner, not only falls asleep faster, but also sleeps longer: the phase of deep sleep, according to the observations of doctors and mothers, increases significantly. As a result, the baby gets better sleep, feels more cheerful and kinder during waking periods.

The drawbacks of swaddling, it should be noted, are greatly exaggerated by opponents of this method, but still they exist, and the main one is that it disrupts the development of the musculoskeletal system. This is not the case, but in some cases such a method is not really recommended, for example, in case of congenital weakness of the hip joint. If the doctor at the first examination reveals signs of dysplasia of the pelvic joints, he will warn you that the child cannot be swaddled.

Tight swaddling badly affects the work of the digestive organs, some consider. But then again, only half of the truth - this method does not contribute to a more rapid discharge of excess intestinal gas with colic, because the baby can not press his legs to his tummy. If there is no colic, no way of swaddling influences digestion.

Wrapping the "column" restricts the movement of the child, and this is true. Comprehension of the world through tactile contact with different surfaces slows down. Tight swaddling creates an increased risk of diaper rash due to overheating, and therefore this method is not recommended in the heat, as well as to children with fever.

The arguments about the suppression of the freedom-loving personality in the little one, about the weak development of the brain, about the increased risk of sudden infant death do not correspond to reality and are considered pseudo-scientific.

It is noteworthy that people argue about them, who themselves in childhood were swaddled in exactly the same manner. Be calm - with the brain, communicative qualities and thinking, the child will be all right. 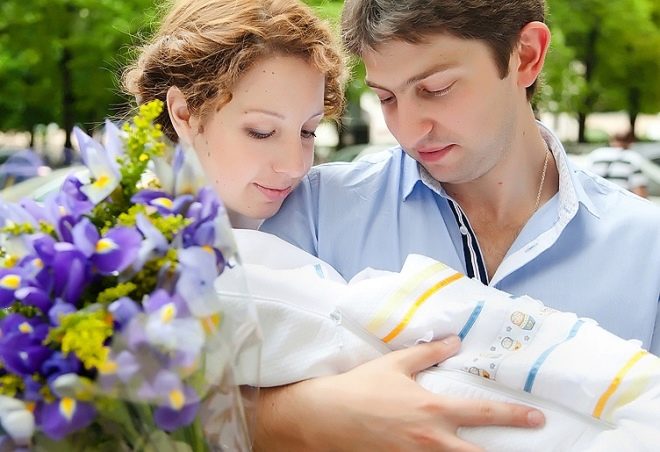 Numbling a newborn is not as easy as it sounds. But not so difficult as some people think. Let's look at these two ways in terms of technology performance:

Spread the diaper with a diamond, place the child in the middle so that the upper corner of the diamond is above his head. This corner should tuck under the head. Coat hangers should be at the level of the angle resulting from folding.One hand of the baby is pressed to the body and wrapped in a diaper on this side, the edge is turned over by the back. Similarly, the second handle is wrapped. The bottom corner of the rhombus is slung over the right shoulder and the child is wrapped around the body with leftovers. 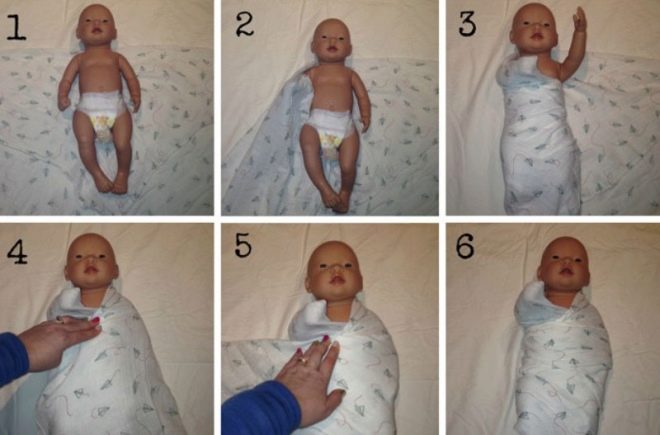 Spread the diaper with a rectangle and place the child so that the upper edge of the diaper is at the level of the neck. Place one hand of the baby on his tummy, slightly support it with your hand and not wrap it around the diaper with the appropriate side. Do the same with a different pen.

Pull up the top edge of the diaper so that the handles are wrapped, they can move, but they cannot be removed. Corners get behind the ass and easily wrap the lower body. Legs and handles should move, but not stick out of the diaper.

You can hold diapering without pens. To do this, fold the handles on the chest and spend all the same. At the baby wrapped up, the fists will be on the chest and will look out of the diaper.

Whatever method of swaddling you choose, pay attention to some nuances that will help protect the child from diaper rash and contact allergies when swaddling.

On how to properly swaddle your baby, see the following video.

First Aid Kit for Newborn: List of Required
Information provided for reference purposes. Do not self-medicate. At the first symptoms of the disease, consult a doctor.