Efferalgan for children: instructions for use 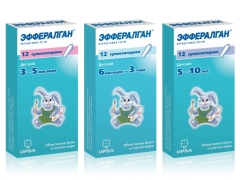 Among the antipyretic drugs and analgesic drugs, children are most often prescribed paracetamol preparations, since they are very effective and safer. One of these drugs is Efferalgan.

Efferalgun has been produced by the French company UPSA for many decades, which since 1994 has been owned by the American company Bristol-Myers Squibb. The drug is presented in several dosage forms:

The main ingredient of any of the forms of Efferalgane is paracetamol, which is contained in the drug in these dosages:

In addition to paracetamol, the syrup includes potassium sorbate, macrogol 6000 and citric acid, as well as purified water. To make this medicine sweet, sugar syrup and sodium saccharinate are added to it, and for a pleasant smell it includes caramel-vanilla flavoring.

Rectal candles are distinguished by a simpler composition. In addition to the active ingredient, they contain only semi-synthetic glycerides, which form a suppository. Auxiliary components of effervescent tablets are sodium carbonate, sorbitol, povidone, sodium bicarbonate and some other compounds.

Efferalgana has a pronounced analgesic effect, as well as the ability to lower elevated body temperature. Such therapeutic effects of the drug are associated with its effect on enzymes, which are called cyclooxygenases (they “direct” the synthesis of prostaglandins). Since the effect of the drug extends to those enzymes that are located in the central nervous system, this causes a predominant effect of Efferalgan on the brain centers responsible for thermoregulation and the response to pain.

When the drug enters the inflamed tissue, it is neutralized by cellular peroxidases. Because of this, the anti-inflammatory effect of syrup, pills or candles is almost completely absent. But since Efferalgan does not affect the synthesis and secretion of prostaglandins outside the CNS (in peripheral tissues), it does not damage the mucous membrane of the stomach and intestines, and does not provoke disturbances of water and electrolyte metabolism (does not retain water and sodium).

The active substance Efferalgana is absorbed completely, and the effect is manifested depending on the form of the drug. The maximum level of the active ingredient in the blood after taking the syrup is detected after 30-60 minutes, after the introduction of the suppository - after 2-3 hours, after taking the solution made of effervescent tablets - after 10-60 minutes.

The antipyretic effect of Efferalgana is in demand for various conditions that are manifested by fever. The drug is used for influenza, many infectious diseases, after vaccination or in other situations. As an analgesic, "Efferalggan" is prescribed for moderate or mild pain, for example, for myalgia, after some kind of injury, for a slight headache, and so on.

Different forms of Efferalgana have different age limits. It is allowed to give syrup to children older than one month with a weight of more than 4,000 g. Such a sweet medicine is used until the age of 12 or until the child’s body weight exceeds 32 kg. Effervescent pills, on the contrary, because of the high dose of paracetamol, are prescribed only to those patients who already have 12 years.

For suppositories due to different dosages, there are also their age limits. So, if the candle contains 80 mg of the active substance, this medication is prescribed to the smallest patients - babies aged three to five months, whose body weight is 6000-8000 g. 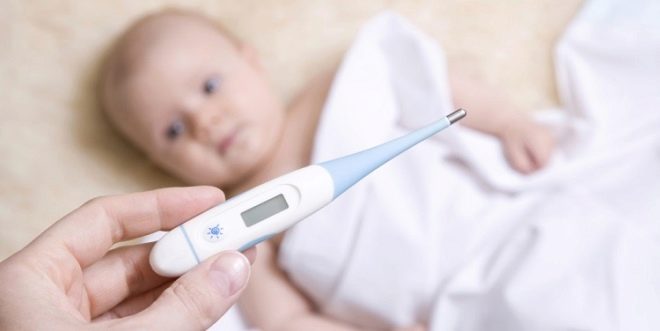 Candles with a dosage of 150 mg are indicated for symptomatic therapy in children older than six months to 3 years of age. Given the weight of the body, the drug with this dose is suitable for small patients who weigh 10-14 pounds. Suppositories with the highest content of paracetamol (300 mg) are prescribed to children from five to ten years old, whose body weight ranges from 20 to 30 kilograms.

"Efferalgan" should not be given to children with:

The use of rectal suppositories is additionally contraindicated for rectal diseases and diarrhea. 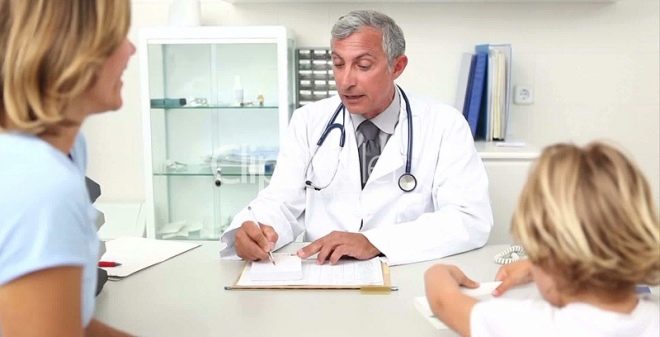 When treating with Efferalgan, allergic reactions may occur, for example, urticaria or Quincke's edema. The drug can also adversely affect the digestive system, causing diarrhea, nausea, abdominal cramps and other symptoms. Occasionally under the action of "Efferalgan", the blood picture may change - the number of cells decreases and the prothrombin index changes. In addition, in some patients, the drug has a toxic effect on the liver and kidneys.

To find the right amount for a particular child of liquid Efferalgana, multiply its weight in kilograms by 10-15 mg. So count a single dose of the drug and give it to children 3-4 times a day (the interval between doses - from 4 to 6 hours). To calculate the maximum daily dosage of the sweet drug, the weight in kilograms is multiplied by 60.

To accurately measure the syrup, use a measuring spoon, which is sold with a bottle. It has divisions from "4" to "16", which correspond to the patient's weight in kilograms. For example, if a baby weighs 8 kg, then the measuring spoon is filled with medicine up to the mark "8".

If the body weight of the child is more than 16 kg, the medication must be recruited twice. For example, the patient weighs 24 kg, then first fill the spoon completely up to the mark “16” and give the syrup to drink, and then take the medicine up to the mark “8” and immediately give the child to swallow.

Syrup is usually given undiluted, but if necessary, the drug can be diluted in a small amount of any liquid - juice, water, milk. If the child has swallowed the undiluted syrup, he can be offered to take the medication with any non-hot liquid.

How are candles used?

This form of Efferalgana is released from the packaging and gently injected rectally, preferably after natural emptying or enema.The dosage of the drug is the same as that of the syrup - 10-15 mg per kilogram of weight of a small patient. Candles are used three times a day at intervals of six hours or four times a day, but every 4 hours. Depending on the content of paracetamol in one suppository, the medicine is prescribed in such single doses:

The maximum number of suppositories suitable for age and weight per day is 4 candles.

How to give a pill?

To make a healing drink from the solid form of Efferalgana, you need to throw a pill of 200 milliliters of water. Vials will start to stand out from it and soon the drug will completely dissolve, after which the medicine should be given to the child to drink.

A single dose of the drug is a whole pill or half, but sometimes the doctor prescribes 2 tablets at once. Such Efferalgan can be given to children over 12 years old twice or three times a day, and the pause between taking the drug should be more than 4 hours. The maximum allowed daily dose is 8 tablets.

How long can I use?

The duration of use of any form of Efferalgana depends on the symptom at which the drug is prescribed. If the medication is given on the temperature, then it can be taken no longer than three days. In a situation where three days have passed since the start of the medication, and there is still a fever, we need a medical examination.

If Efferalgan was prescribed to get rid of pain, the drug can be used a little longer, but not more than 5 days. If pain persists after five days from the start of use, you also need to consult a doctor.

With a significant excess of the dosage of Efferalgang, abdominal pain, pallor of the skin, vomiting and other negative symptoms appear. Poisoning with a drug is dangerous because of its toxic effect on the liver, which does not manifest itself immediately, therefore, if an overdose is detected, you should immediately show the child to the doctor. Usually the young patient is hospitalized, sorbents and an antidote (acetylcysteine) are given, and then his condition is monitored.

In order not to accidentally provoke an overdose, Efferalgan should not be used simultaneously with other drugs that include paracetamol. It is also not recommended to give children other antipyretic drugs or analgesics ("Nurofen", "Analgin", "Nise", "Faspik", "Ketorol", "Mig 200", "Voltaren" and etc.). Combining them with taking Efferalgana is permissible only as prescribed by a doctor.

In addition, the simultaneous use of Efferalgana and anticonvulsants, chloramphenicol, anticoagulants, salicylates, and many other drugs are not recommended. A complete list of medications that are not prescribed with paracetamol preparations can be found in the paper instructions for all forms of Efferalgana.

Any type of Efferalgana can be easily purchased at the pharmacy, since all forms of this medication are referred to as non-prescription drugs. The average price of one bottle of syrup or packing of candles with a dosage of 80 mg is 90-100 rubles. For 16 effervescent tablets you need to pay about 150 rubles.

Keeping syrup, effervescent tablets or suppositories at home is recommended at temperatures below +30 degrees. The medicine should lie where it will be inaccessible to children. The shelf life of any form of Efferalgana is 3 years.

Almost all feedback on the use of Efferalgana in childhood is positive. The drug is praised for effective action, low cost and variety of dosage forms. The advantages of syrup include ease of dosing, not very sweet taste, possibility of use from 1 month, quick action (in 30-40 minutes).

The advantages of using a simple composition are considered to be pluses of candles, but they often complain that the effect of this form of Efferalgana appears later. As for the effervescent tablets, they are praised for their pleasant taste and a quick lowering of the temperature or the elimination of pain, and disadvantages are called age restriction and higher price.

The drug Efferalgan with Vitamin C differs from the usual effervescent Efferalgana in a lower dosage of paracetamol in one tablet (330 mg total) and in the presence of the second active ingredient, ascorbic acid, at a dose of 200 mg. The addition of vitamin C to the composition reduces vascular permeability and boosts immunity.

This medicine is sold in plastic tubes of 10 effervescent tablets and is prescribed to children over 8 years old. He, like the usual "Efferalggan", is discharged with heat or pain. The drug is dissolved in 200 ml of water and taken at intervals of at least 4 hours. Children 8-12 years old "Efferalgan with vitamin C" give 1 tablet per reception, but not more than 4 pieces per day.

For children 12-15 years old, a single dose is one and a half tablets, and the maximum amount per day is 6 effervescent tablets. If the patient is more than 15 years old, you can use 2-3 tablets at a time, and only during the day a teenager should not get more than 12 pieces.

The duration of the use of such a drug has the same limitations - no more than 5 days for pain and no longer than 3 days at high temperature. Efferalgan with Vitamin C is also sold without a prescription and stored at temperatures up to +30 degrees. Such a medicine is valid for three years from the date of manufacture.

If it is necessary to replace the "Efferalgan" analogue, the doctor will first suggest another drug with the same active ingredient, for example:

To find out in what doses antipyretic children should be given, see the next video from Dr. Komarovsky.

Analgin with "Dimedrol" - the dosage for the injection of a child

Fervex for children: instructions for use

Rinzasip for children: instructions for use

Rinza for children: instructions for use

Suspension "Panadol" for children: instructions for use

Candles "Panadol" for children: instructions for use
Information provided for reference purposes. Do not self-medicate. At the first symptoms of the disease, consult a doctor.