How to get a child out of depression, and on what grounds can it be suspected? 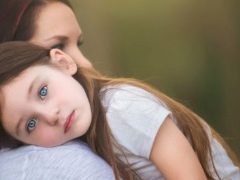 There is nothing sadder for parents than to see a child in a state of depression. But it so happened that this psychiatric term is increasingly being used unreasonably both by adults and children. We often speak about bad mood - depression. In fact, periods of stress and unimportant mood are not related to clinical depression. And real depression necessarily needs the help of a doctor. This article will discuss how parents can identify depression in a child and how to help him get out of this state. 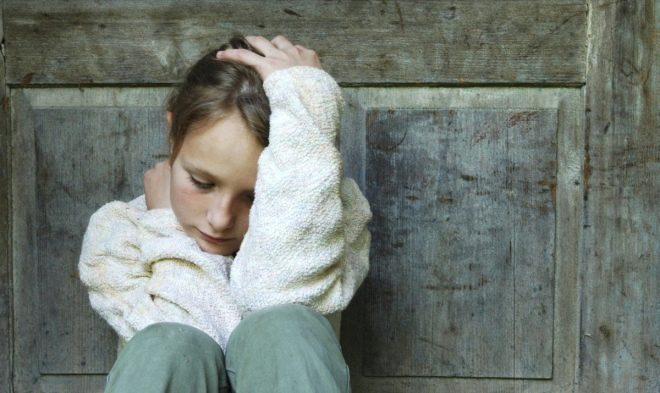 Childhood and adult depression is a serious mental disorder, the main manifestation of which is not only a bad mood for a long time, but also the loss of the ability to enjoy what you liked before. This clinical depression has characteristic symptoms, and therefore it is easy to identify. Need to understand that depression in children is not a frequent occurrence. She usually wears situational nature and is a temporary reaction of the child's psyche to adverse events. Clinical depression, prone to becoming chronic, life-long, usually begins in adolescence, that is, from 11-12 years old and older.

Depression psychiatrists refer to the group affective disorders. It is well treatable if assistance is provided in a timely manner.

The word itself came from the Latin "crush". It is the depressed state that distinguishes children with depression from their peers. In the total mass of childhood mental disorders, depression accounts for about 15%. Recently, child psychiatrists have been sounding the alarm - cases of true childhood depression have become more frequent. Thus, in children under the age of 3 years, the prevalence of the disease is about 0.7% of the total number of children, and by adolescence the prevalence reaches 23%.

Most often depressed children start in the fall and winter. It is believed that the predisposing factor is the lack of sunlight, but it is always based on the initial emotional instability. 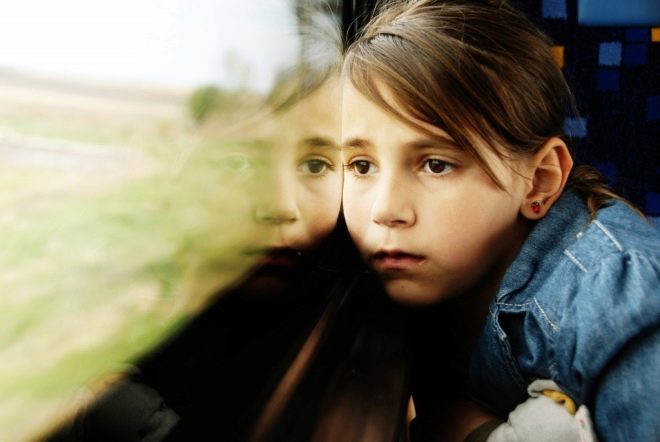 If in adults, the cause of depression is almost impossible to establish in half of the cases, then in children it is somewhat easier, because until a certain age, affective disorder is generally not characteristic of a healthy child due to the characteristics of the organization of the psyche and nervous system.

When it comes to children under the age of three, before depression in this case almost always are pathological in nature and are usually associated with one of the following factors.

As soon as the child reaches the preschool age, he gets the first experience of interaction with society - this is the beginning of his visit to the kindergarten, sections, circles. At this age, a previously cheerful child may begin to suffer from depression for such reasons. 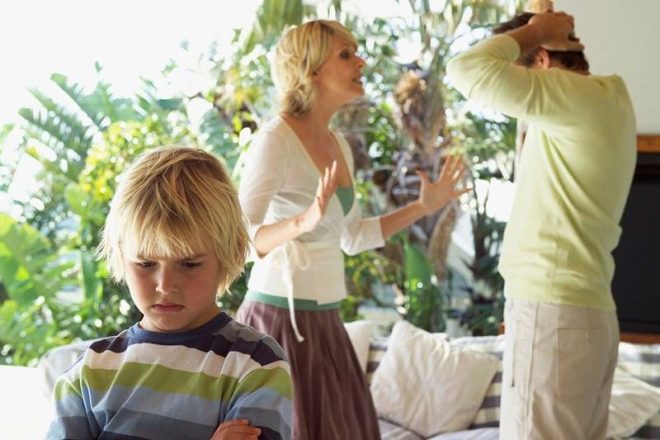 School-age children may experience clinical depression for the same reasons only the relationships between schoolchildren and teenagers are complicated, and the mechanism of mental impairment becomes complicated. Often, children “burn out” and lose interest in their own lives against the background of increased demands from parents, teachers, significant workloads during school time and outside extracurricular time. The more often a child prone to depression to face failures, the faster his mental illness progresses.

At the level of physiology, biochemistry, depression develops in children with a lack of the hormones serotonin and noradrenaline in the body. Under stress and experiences, cortisol is produced, an excess of which also leads to mental disorders. There is an assumption that melatonin levels also affect the likelihood of depression.

What children are most prone to depression:

Children still do not know how to evaluate their emotions objectively, and therefore it is very difficult for them to formulate and let parents know what is happening to them. The symptoms of childhood depression are therefore called disguised. But this does not mean that attentive mother will not see them if she wants. The fact is that depression at the mental level is often manifested by somatic pains at the body level, and it is such pains (which have no medical reasons or explanations) that should become an important warning sign.

If we are talking about small children, It is worth paying attention to increased anxiety, it almost does not pass. In a depressed child, sleep, poor appetite, and lack of weight are usually disturbed, defecation disorders (diarrhea and constipation) are often observed, and the heart beats rapidly. The kid complains of pain here and there, but surveys do not show any disturbances in the work of organs and systems. Kids do not cheat, do not invent - they really experience psychosomatic pain.

The kids reluctantly go to the kindergarten, without enthusiasm, they think of the idea of ​​the mother to go to the park or the zoo for the weekend. They seem to be indifferent, outwardly calm, but it is also very difficult to cause them joy. 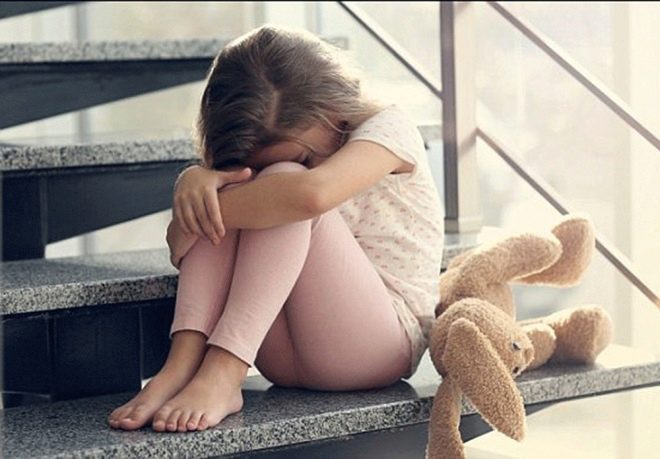 Younger schoolchildren are beginning to focus on their strange state, they can invent diseases for themselves. Anxiety increases.If in adults depression is manifested mainly in the morning and is repeated day after day, then in children, symptoms of a decrease in mood are usually observed in the evening. Such a child is difficult to interest.

Depressed teenagers lose the ability to enjoy even their favorite things - music, sweets, and friends. They can stop caring for themselves, comply with hygienic standards, they do not want to communicate, they withdraw into themselves, they do not believe in their strength, they suffer from low self-esteem, they do not have motivation. Adolescent depression significantly increases the suicidal risk factor.

The hallmark of clinical depression is its systematic nature. That is, episodes of mood reduction are repeated every day or almost every day for at least three weeks.

Against the background of depression, children often experience a wide variety of fears that grow with them and, if they do not receive timely assistance, can lead to the formation of persistent phobias and panic attacks. 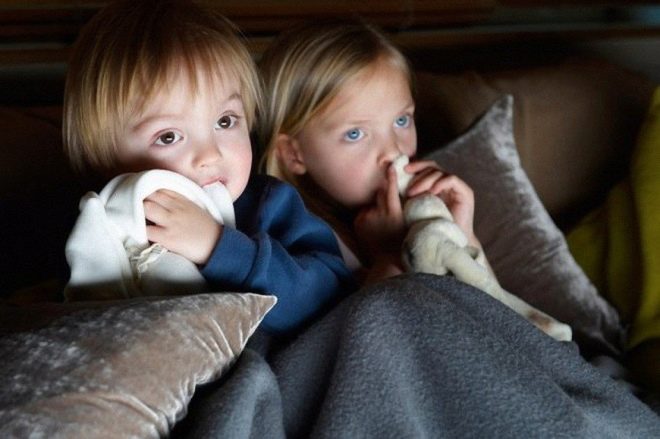 How to help and what to do?

If you notice signs of depression in a child, you should not rely on your own knowledge of child psychology, as well as on the all-knowing Internet - getting out of depression on your own even for adults is a very difficult task. Baby or teenager must be shown to the doctors - pediatrician, neurologist, psychiatrist. Only these specialists will be able to find out if there is depression, how severe it is and how to treat it.

The main methods of treatment are psychotherapy and drug support if necessary. An integrated approach and patience will help the child get out of this state - treatment can be long.

To change the biochemical depressive background using special drugs - antidepressants. A psychotherapist or psychologist helps a child to learn to pronounce his emotions, not to keep them in himself, relaxation therapy is also used - massage, swimming. Kids are shown art therapy, play therapy.

Of great importance is the correction of family relationships. To help a child get out of depression is to eliminate all risk factors that may affect its development and maintenance.

That is why it is very important to bother with the prevention of relapse, in connection with which parents need to eliminate all family misunderstandings, create a favorable and trusting climate, and enlist the support of a child psychologist who can help a child in any unpleasant situation without preventing the recurrence of the disease. 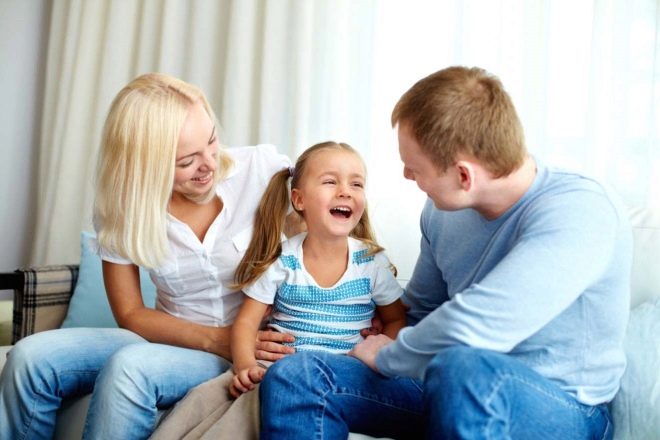 For depression in children and adolescents, see the following video.

Children with Down Syndrome: Causes and Signs, Possible Level of Education

Neuroses and tics in children

Signs, symptoms, and treatment of autism in children

Symptoms and signs of schizophrenia in children
Information provided for reference purposes. Do not self-medicate. At the first symptoms of the disease, consult a doctor.