The crisis of 5 years in children: the advice of a psychologist 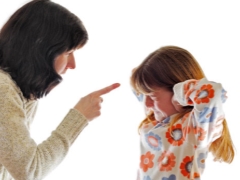 The age crisis is an integral part of every child's growing up. Gradually evolving, the baby becomes more and more acquainted with the outside world and his mental perception changes. Do not take the crisis as something negative. In psychology, this term means a transition to something new, a change in the understanding of the world to a more adult one.

Several stages of children's crises have long been singled out — one year, three years, five years, seven, and finally, adolescence. All these age categories are most susceptible to changes in the psyche and each child goes through these stages in different ways. The task of the parents in this case is to help the child overcome them.

The earliest crisis in a child begins at the age of one. It is at this time that the baby begins to actively explore the world. He is already crawling, walking and wants to explore literally every subject. The child does not yet understand that some things can be dangerous and does not distinguish them from others. He would love to play with a rosette or hot iron.

Parents should be as attentive as possible during this period of a child’s life. You do not need to physically punish him, because the kid doesn’t understand why there are so many restrictions around. Gently give the child information in the form of a game.

The best option to prevent interest in dangerous items would be to keep the child out of sight.

At three years old, the baby is already beginning to identify himself, to understand that he is a separate, independent personality.. He wants to do everything himself, including adult work. Do not hinder him in this, let the child be a little adult.

Ask him to wash the dishes, remove the toys. Children of this age are willing and happy to provide any help. Try not to impose a lot of restrictions, better offer a choice, so the child will feel trusted.

Five years is a very difficult stage. There are several age features of this period:

A child develops very quickly and it is often difficult for him to cope with it.

We recommend watching the video of the seminar of the famous psychologist Satya Das about parenting children of five years of age:

Symptoms and causes of the crisis

A sharp change in the behavior of the child, his reaction to the words or actions of adults is the first and most obvious sign of a transition to a new stage of development. At this age, watching the parents, the child wants to be as close as possible to them. Probably everyone remembers how they wanted to grow up faster in their childhood. But quickly grow up does not come out, and the child starts because of this, nervous and shut up in itself.

The brain of the baby is actively developing, he already knows what to dream. Children with pleasure come up with imaginary friends, make up different stories. They successfully copy the behavior of mom and dad, turn their facial expressions, gait, and speech. The age of 5 years is also characterized by a love for eavesdropping and peeping, and curiosity towards the world around us grows in the child.

When the crisis comes, the child closes, he no longer wants to share his successes and failures with adults. The baby has various fears, ranging from the fear of darkness and ending with the death of loved ones. During this period, children are extremely nervous and unsure of themselves, they are embarrassed by strangers, are afraid to start communicating with them. They all the time seem to not like an adult. Sometimes the child is afraid of the most ordinary things.

The behavior of the baby is changing completely in the opposite direction. Compliant before the child becomes unmanageable, he does not obey, shows aggression. Children can constantly whine, demanding something from their parents, cry, roll up uncontrollable tantrums. Irritability, anger very quickly replace a good mood. Having survived the crisis, children get very tired and many parents do not know what to do to get everything back to normal.

What parents should do: advice from psychologists

You can understand the parents, first faced with a crisis of 5 years in a child. Perplexity, even fear - this is the main emotion at first. However, growing up is inevitable, and often parents, not realizing this, believe that the child simply manipulates them. What needs to be done so that the baby can comfortably overcome the difficult stage?

Keep the child calm. In families where the parents themselves are constantly fighting, it will be morally difficult for the child to cope with his own internal problems. Try to take him to the conversation, to understand what is wrong, what worries him. Many children do not immediately, but they make contact and begin to trust their parents to their secrets and fears. Think about how to calm the child and offer a joint solution of the issue.

A few tips on how to behave when a child’s tantrums are given by Dr. Komarovsky:

Show attention to your child, always be interested in him, his success. Attract him to help around the house, explaining why it is important that it is clean. A calm explanation is the best way to make it clear to the child what the simplest duties are for. A very good result gives a story about their own successes. Share them with your child; you can also tell about your fears.

Five years is no longer a crumb to be followed everywhere. Give your child some leeway, show him that he can already be independent. If necessary, communicate with him as an adult, children appreciate it very much. Always support it and do not scold for errors. Taking up the difficult task and failing it, the kid himself will understand that he did not heed the advice.

Often parents who are confronted with a child’s crisis begin to instantly introduce a lot of taboos and restrictions, shouting, getting upset, offended. In no case should this be done. It is difficult in some situations to maintain composure, but for an adult it is still easier than for a child who has little experience. With the right reaction of adults to the whims and hysteria, the crisis will not drag on for a long time.

No need to show the child his own aggression and anger at his actions, get lost and panic during a tantrum. React calmly, sit down and just wait until the child calms down. Having lost a violently tuned viewer, children quickly come to their senses. After that, you can talk together and understand the cause of the vagaries.

Remember, if you behave as aggressively as a kid, his behavior will only get worse.

Do not control the child anywhere and everywhere, try to overpower yourself and stop teaching him. A good option would be to come up with a duty that will only be performed by the child from now on.. For example, water the flowers. Explain that if they are not watered, they will wither. Buying a pet is also a huge contribution to the development of independence in children.

We advise you to watch the transfer of Dr. Komarovsky about disobedient children.

How to stop shouting at the child? We understand the reasons and listen to a psychologist

How to cope with hysterics in a child? Effective advice of a psychologist

Symptoms and types of mental retardation in children

The child does not obey at the age of 4: the advice of a psychologist

What to do if a child is hurt in kindergarten?

Stuttering in children: causes and treatment according to Komarovsky
Information provided for reference purposes. Do not self-medicate. At the first symptoms of the disease, consult a doctor.