Sumamed for children: instructions for use 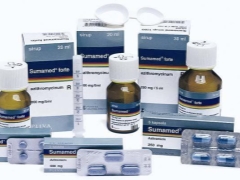 Sumamed can be called one of the most effective and sought-after antibiotics, which are a preparation of the macrolide group. Adults often take it for otitis, sinus, bronchitis and some other infectious diseases. Is such an antibacterial drug prescribed to children, in what forms is it used in childhood, how long should it be drunk and what analogue is it acceptable to replace? 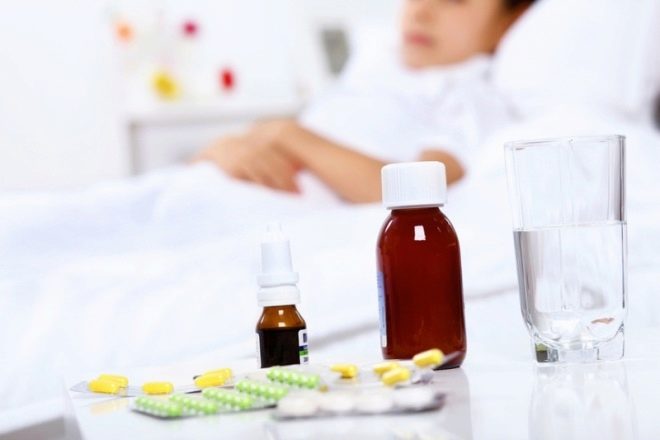 Sumamed is a product of the Israeli company Teva, but it is produced in Croatia. It is presented in pharmacies in a large assortment of dosage forms. There are these types of drugs:

Sumamed Forte is produced separately, which is represented only as a suspension powder. It has a white-yellow color and a banana, raspberry or strawberry flavor. It is placed in white plastic bottles with a capacity of 50 or 100 ml.

The action of any form of Sumamed provides azithromycin dihydrate. Its dosage in different versions of the drug is different:

The composition of auxiliary substances in different forms of Sumamed is also different:

Sumamed has the ability to act on various microorganisms by suppressing the synthesis of protein molecules in their cells. Infiltrated into the bacteria, azithromycin attaches to their ribosomes and interferes with the work of special enzymes that are important for the formation of proteins. The result of this effect will be a slowdown in the reproduction and growth of microbes, that is, the effect of the drug is bacteriostatic. However, in high dosages, the drug can also destroy infectious agents (act bactericidal).

The drug is effective against many types of bacteria, including pneumococcus, legionella, pyogenic streptococcus, moraxella, hemophilic bacillus, clostridium, staphylococcus, chlamydia, borrelia, gonococcus, and other microorganisms. However, some staphylococci and streptococci may be resistant to Sumamed. The drug does not work on bacteroids and enterococci.

The drug is prescribed for infectious diseases that provoke pathogens that are part of the spectrum of action of azithromycin. Medicine give:

All types of Sumamed are prohibited for children of the first 6 months of life. Infants older than six months are allowed to give only the drug in suspension. At the same time, Sumamed suspension is prescribed to patients younger than three years old, since for older children its volume will be too large. As for the drug Forte, it can also be given from 6 months of age, but only to those children whose weight exceeded the figure of 10 kg. This medication is prescribed to preschool children, and children 6-9 years old, and adolescents, and even adult patients.

Sumamed solid forms are not used in the treatment of babies up to 3 years. Children older than three years, the medicine is selected taking into account the required dose and the ability of the child to swallow the drug. Children 3-4 years are more likely to be given dissolving tablets with a dosage of 125 and 250 mg. Dispersible tablets are also in demand for the treatment of children of 5-11 years old, but if the child is able to easily swallow the medicine in the shell, this form can be given at a dosage of 125 mg.

Capsules and tablets containing 500 mg of azithromycin are prescribed to patients over 12 years old, but they can also be used in younger children if their weight exceeds 45 kg.

Suspension is also not used in children with fructose intolerance and other disorders in the absorption of sugars.Dispersible tablets can not be taken with phenylketonuria, because they contain aspartame. Careful administration of the drug is required for patients with dehydration, diabetes mellitus, heart rhythm disturbances, myasthenia, and certain other pathologies.

The body of young patients sometimes reacts to Sumamed with diarrhea, nausea, or headaches. In addition, the use of drugs often affects the blood, reducing the number of some cells and increasing the number of others. In more rare cases, the drug provokes back pain, allergies such as rashes, shortness of breath, fever, fatigue, swelling, increased sweating and other symptoms.

If they appear after one or several Sumamed receptions, you should tell the doctor about it in order to change the treatment.

How to take a suspension?

For the preparation of liquid medicines use a measuring syringe. With it, they take the right amount of water (it is noted in the instructions for the powder), poured into the bottle, close it with a cork and actively shake. Since the active substance eventually settles to the bottom of the vial, the medicine should be shaken again before each use.

The suspension is taken once a day at a dosage that the doctor must calculate, taking into account the weight of the child and his illness. The medication is taken either after a meal (approximately 2 hours), or one hour before any meal. The interval of application of the suspension should be 24 hours.

If the next dose is missed, it is advised to drink it immediately when it is detected, and then give the drug with an interval of 24 hours.

You can give medicine to a child directly from the dosing syringe by typing the suspension to the desired mark. Also in some packages there is a measuring spoon, allowing you to collect 2.5 and 5 ml of medicine. Dilute the finished suspension with water is not recommended. If such a drug is too sweet for a child, it is better to give him to swallow the medicine first and then offer some pure water to wash down the drug. Syringe and spoon after taking the medication must be washed and dried.

The dose of the drug per day for a particular child must be calculated separately. If a small patient has an infectious disease of the upper respiratory tract, the skin or the respiratory tract, then for each kilogram of its weight you need 10 mg of the active ingredient. In this amount, the medication is taken 3 days. For example, a baby’s body weight is 12 kg, then he is discharged 120 mg of azithromycin per day, which corresponds to 6 ml of suspension per dose and 18 ml of medicine for the entire course of therapy. Sumamed Forte can also be given to such a child - his one-time portion, taking into account double the amount of azithromycin, will be only 3 ml. 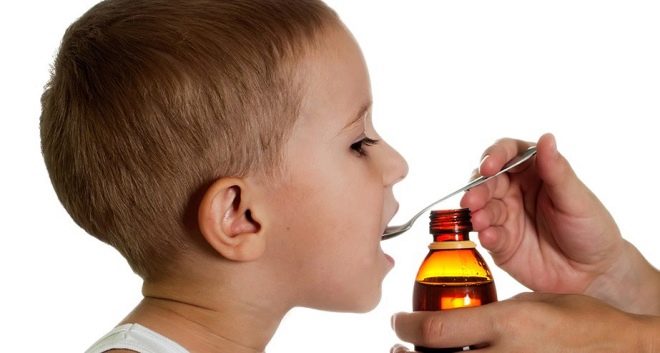 If the cause of the disease was pyogenic streptococcus, the drug is also prescribed a 3-day course, but a single / daily dose will be 20mg / kg. In case of Borreliosis, Sumamed is administered for 5 days, while on the first day the child must take the medicine at the rate of 20 mg / kg, and the remaining treatment period, the daily dose is calculated by multiplying the patient's weight by 10 mg.

How to appoint a solid form?

Dissolving tablets can be swallowed and taken with water, or you can dissolve one tablet in 50 ml of water and let the child drink such a liquid medication. Tablets in the shell and capsules should be swallowed, not biting, drinking clean water. 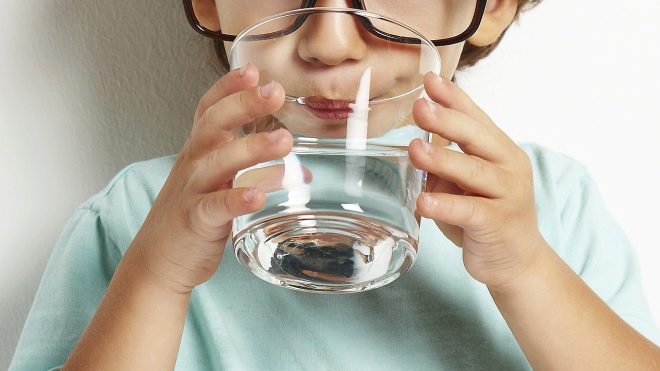 Any of these variants of Sumamed is taken once a day, and a single dose and duration of treatment depend on the diagnosis, the age of the child and his weight. In most cases, the drug is discharged at the rate of 10 mg azithromycin per 1 kg of patient weight and used in this dose for 3 consecutive days:

When infected with pyogenic streptococcus, chlamydia or borrelia, the dose and duration of treatment will be different. The maximum dosage of Sumamed per day for children under 12 years old is 500 mg.

Excess suspension or a higher dose of tablets causes vomiting, temporary hearing loss, severe nausea, diarrhea, and other negative symptoms. If an overdose is detected, it is recommended to consult a doctor and give symptomatic medications to the child.which he will appoint.

Sumamed treatment can affect the intake of certain other medications, which are indicated in the instructions for the chosen form of the drug.

Before you start taking antibiotics, you should clarify whether there is in this list the funds that the child already receives.

All forms of Sumamed, like other antibacterial agents, are purchased by prescription. To acquire them, you must first show the child to the doctor and get a prescription from him for the right medication. The price of the drug affects its form and dosage. A bottle of suspension costs about 200 rubles, and for a bottle of raspberry or strawberry powder Forte you need to pay about 550 rubles.

Sumamed in any form can be stored at room temperature, including the prepared suspension. The drug must be kept out of the reach of children. The shelf life of sealed powder bottles and dispersible tablets is 2 years, and the coated tablets and capsules are 3 years. After cooking, the Sumamed and Banana Forte suspension can be stored for only 5 days, and the Forte preparation with raspberry or strawberry flavor can be stored for up to 10 days.

Many parents and doctors (including Komarovsky) speak positively about Sumamed. They confirm that such an antibiotic helps with infectious diseases and begins to act on pathogens very quickly, thanks to which the condition of the sick child improves soon after the start of treatment. Of all forms of the drug in the treatment of children most often use the suspension, because it is sweet to the taste, easily dosed and swallowed by children.

No less often used and dissolving tablets, because of them, if necessary, you can make a liquid preparation, which is also very easy to swallow the child. 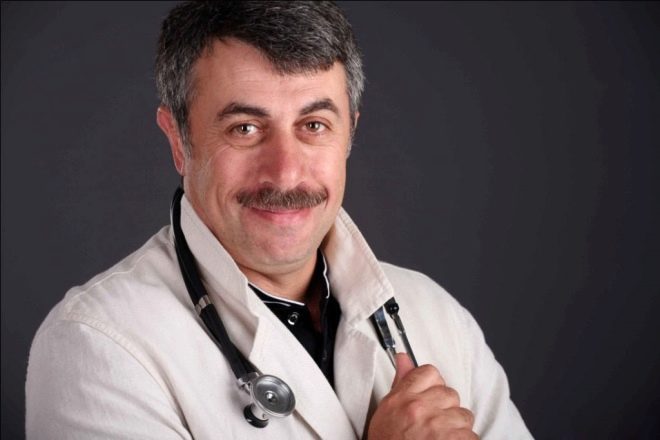 One of the main disadvantages of Sumamed’s parents is its high cost, which is why they often choose the Russian counterpart, which is not so expensive. In addition, there are complaints about side effects from such a medicine, for example, the appearance of diarrhea after taking a suspension or an allergic rash after taking the pills. In such cases, the drug is often also replaced by another antibacterial agent. 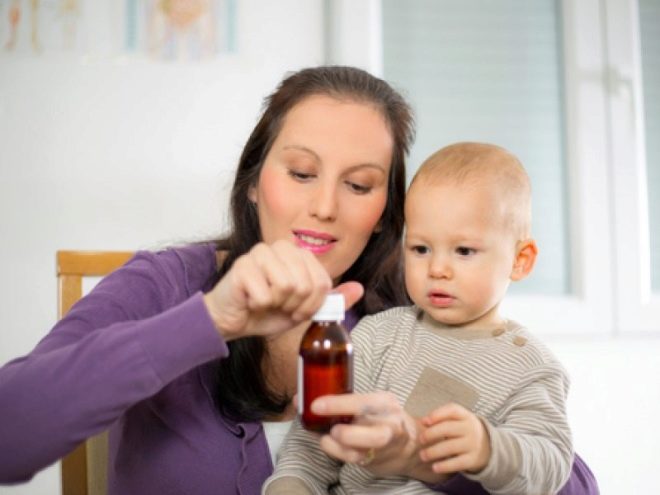 Sumamed can be replaced by various antibacterial agents. If you did not succeed in buying the drug or the mother is interested in the remedy cheaper, first of all the doctor will suggest analogues that also contain azithromycin. These drugs are Azitrox, nitrolide, AzitRus, Azitral, Hemomycin, Azithromycin Zentiva, ZI-factor, Ecomed other. They are made in different forms, including suspensions for the youngest children, and capsules or tablets in the shell for older patients.

In some situations, other macrolides may be prescribed instead of Sumamed, because the effect of these antibacterial agents is the same as that of azithromycin preparations. Among them, for the treatment of children are often used:

If a child has an allergy to macrolide antibiotics, the pediatrician will recommend antibacterial drugs of other groups, for example, cephalosporin preparations. Zinnat or Suprax. Also often prescribed drugs containing amoxicillin - Augmentin, Amoxiclav, Ospamox, Flemoxine Solutab other.

They are used in cystitis, pharyngitis, otitis media, obstructive bronchitis, pneumonia, urethritis and many other diseases caused by harmful bacteria.

To learn how to prepare the suspension, see the next video.

Zinnat for children: instructions for use

Amosin 250: instructions for use for children

Tablets "Biseptol": instructions for use for children

Ointment "Levomekol" for children: instructions for use
Information provided for reference purposes. Do not self-medicate. At the first symptoms of the disease, consult a doctor.