Creon for children: instructions for use

CREON is one of the popular enzyme preparations that are prescribed for digestive disorders in both adults and toddlers. But, before using the medicine in childhood, it is worth learning more about the features of such a medicine, as well as how to give it to young patients.

The drug is represented by soluble intestinal capsules with a dense gelatinous shell. The main ingredient of the drug is called pancreatin. One pack contains 20, 50 or 100 capsules placed in a plastic bottle. They are available in three dosages noted in the title.

After getting into the stomach, the creon's gelatin shell dissolves, and the mini-spheres mix with food and pass into the lumen of the small intestine approximately 30 minutes after ingestion. In the intestine, the sheath of the microspheres dissolves and the enzymes present in them are released. They promote the digestion of fats and protein molecules, as well as carbohydrates, which helps these nutrients to be absorbed completely and very quickly in the intestines.

In this way, Creon Supports Pancreasbecause the action of the capsules is able to partially compensate for the secretory function of this body, if it is impaired.

The use of "Creon" is required if the patient was diagnosed: 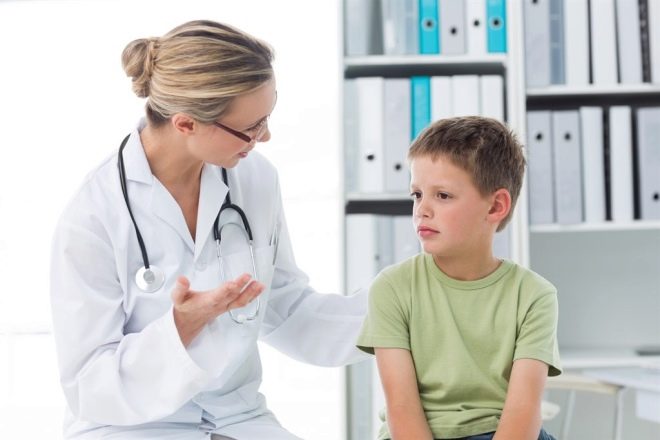 The drug can also be taken with errors in nutrition, for example, if a patient has unpleasant symptoms (flatulence, nausea, upset stool) due to irregular feeding, eating excessive amounts of food or too fatty foods.In addition, CREON is given before X-ray or ultrasound examination of the abdominal cavity, as well as patients who have undergone surgery on the stomach or pancreas. Doctors often include “CREON” in treatment regimens for atopic dermatitis, lactase deficiency, dysbacteriosis, rotavirus and other problems.

In addition, capsules are used when it is necessary to improve the absorption of food, for example, to gain weight after surgical treatment or infection. 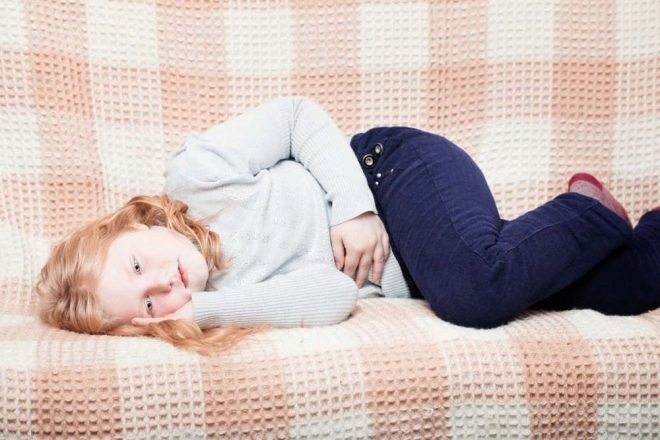 Treatment with "Creon" is possible from birth. Such an enzyme preparation is safe for babies, but newborns and babies should be prescribed by a pediatrician. However, both at 1-2 years old and older children (for example, at 7 years old) should not be given without a doctor’s prescription, since the dosage and dosage regimen is determined for each child separately.

Capsules do not use in such cases:

As part of “Creon” there is no milk sugar, so this medicine is not contraindicated in patients who have lactose intolerance. 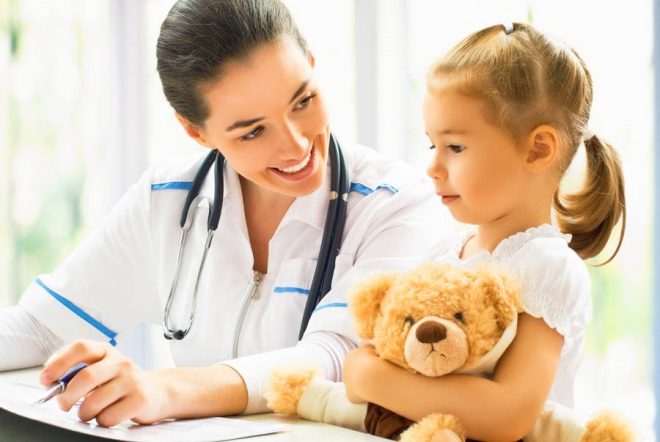 Some children may have constipation, nausea, bloating, bouts of vomiting, and other digestive disorders after taking Creon. In this case, treatment is stopped and seek medical attention. The drug can also provoke allergies, which also requires its cancellation. An overdose of the drug causes an increase in the amount of uric acid in the blood and urine.

The capsules must be given to the child during meals, and the doctor, as noted above, selects the dosage individually. It depends on the reason for the appointment of “Creon”, and on the nutrition of the baby, and on its age. Babies medication should be given at the beginning of feeding. If it is difficult for the crumbs to swallow the capsule, which is often found when the medicine is prescribed to a child under 3 years old, it is allowed to open the gelatin shell and pour the microspheres into some kind of non-hot liquid or liquid food with a sour taste that the child immediately swallows.

It is impossible to chew mini-spheres from the capsule, as this will damage their shell and reduce the effectiveness of Creon, because the enzymes will not get into the intestines, being activated even in the stomach.

If the shell of the microspheres remains intact, then the gastric juice will not be able to dissolve it, and the medication will act exactly where it is required.

It is recommended to keep CREON at home at room temperature by choosing a dry place hidden from children. The shelf life of the drug, while the vial has not yet been opened, is 2 years. After the first use of the capsules, they can be stored in a tightly closed vial for only 3 months.

If more time has passed since the autopsy, the medicine should be discarded.

Most of the reviews about “Creon” from both doctors (including the famous doctor Komarovsky) and from parents are positive. In them, the drug is praised for its effectiveness, the ability to treat children of any age and good tolerability. According to moms, it is easy to give medicine to babies, because the contents of the capsules are odorless and tasteless. Among the minuses of “Creon”, many parents note its high cost, because of which they often turn to drugs-analogues, which are cheaper.

You will learn more about CREON for children in the following video.

The drug under this name is produced by the same manufacturer and is also a drug based on pancreatin. Its main difference is the dosage form, which is represented not by capsules, but by granules. As in the encapsulated "Creon", they have beige color and intestinal soluble shell. Creon Micro is sold in bottles containing 20 g of granules. A measuring spoon is applied to the bottle, containing 100 mg of the drug, from which the patient will receive lipase at a dose of 5,000 U, a protease - in an amount of 200 U, and amylase - at a dose of 3,600 U. This medicine is especially convenient to use in infants, since it is easier to dose this medication than “Creon” in capsules.

Instead of "Creon" can be used other drugs, which provides pancreatin:

They, like Kreon, are presented in solid form (capsules, pills, tablets) and can be administered to children of any age, but they are given only as prescribed by a doctor, since the dosage is calculated individually.

Ferrum Lek for children: instructions for use

Is it possible to use Taufon eye drops for treating children?

Singular for children: instructions for use
Information provided for reference purposes. Do not self-medicate. At the first symptoms of the disease, consult a doctor.