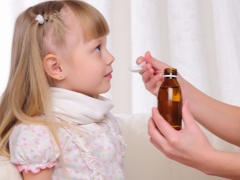 Painkillers must be in the first aid kit of any family. Especially if children grow up in the house. The little goats are spontaneous people, they don’t ask when they get sick, they just get sick when no one expects it. Otitis and toothache, the temperature rose or the baby fell and was injured, a headache, throat, and muscles with a cold ... In all these and many other situations, parents should have on hand preparations for “emergency” care.

It is not always possible to urgently consult a doctor or call him at home, because the pain can overtake the crumbs on a day off, in nature, in the country, on a trip ... The complexity of the issue is that painkillers for adults cannot be given to babies. And even a good and experienced pharmacist will not be able to tell you about the existing children's drugs.

The fact is that dozens of new painkillers are released every year, the overwhelming mass of them is sold without prescriptions, and most likely you will be offered something popular, advertised in the pharmacy that everyone has heard about. Unfortunately, it’s not at all a fact that such a medicine will be suitable for your baby. So how to choose painkillers for children?

Painkillers are drugs - analgesics that block pain syndrome and have no effect on other types of sensitivity (hearing, vision, smell, tactile functions, etc.).

Painkillers are divided into two groups. They are narcotic and non-narcotic.

The first group includes opiates, they work perfectly, eliminating almost all types of pain, be it a fracture or migraine, but with prolonged use cause physical dependence, addiction.

Non-narcotic analgesics, in addition to their direct responsibility - to fight pain, provide additional "services" to the human body - lower the temperature and have an anti-inflammatory effect. They do not cause drug addiction, but they are not capable of coping with any pain.

Narcotic analgesics of both vegetable and synthetic origin in pharmacies without a prescription cannot be bought. Yes, children do not need it, because such painkillers (Promedol, Morphine, Codeine, etc.) are used only in certain cases and almost always in hospitals:

Non-narcotic analgesics are available in pharmacies.

They help in the following cases:

Non-narcotic analgesics include topical analgesics, antispasmodics, analgesic and antipyretic drugs, nonsteroidal anti-inflammatory drugs. They can be given to children in certain cases. Let's take a closer look at how to deal with children's pain.

When creating a home first-aid kit for a child, remember that children are eligible for medicines that meet certain criteria:

After taking it begins to act in 15-20 minutes. You can give this drug in syrup to babies who have reached the age of three months. Older children can take pills, but do not forget that Paracetamol should be taken with plenty of water. The drug is contraindicated in children with diseases of the stomach, pancreatitis, diseases of the duodenum, kidney and liver. Overdose is fraught with severe liver damage.

It should not be given to children who have not reached the age of three months and low birth weight babies whose body weight is less than 6 kilograms. Ibuprofen is contraindicated in children with diseases of the gastrointestinal tract, and some acute illnesses of sight and hearing. Children up to 11-12 years old can be given medicine in the form of a syrup. Dosage suspension ibuprofen must be calculated by the doctor after controlling weighing the baby.

It begins to act half an hour after ingestion and continues for about 2 hours.It is produced not only in syrups, suppositories, tablets and capsules, but also in the form of a gel, suitable for external use. Nurofen in any dosage form should be taken with great caution to children with diseases of the stomach and intestines, asthma, eczema, renal or hepatic insufficiency.

For the general antipyretic and analgesic effect, you can take Nise in pill form, in suspension, for the treatment of injuries - there are also gels. However, they can not be applied to open wounds, bleeding abrasions.

Nise should be taken with great care to children suffering from diseases of the cardiovascular system, stomach, kidneys, as well as children who have a tendency to bleeding, diathesis and metabolic disorders. Nise in tablets with precautionary measures are allowed to take children who have reached 10-12 years of age.

Hexoral can be taken by children from 3–4 years old, Tantum Verde can be used in the treatment of a child from birth if it is a spray. Tablets are only allowed for children over the age of 12-13. The dosage is determined by the doctor. Both drugs are used in dentistry.

Otinum can be used for children from 1 year.

For newborns and children under 1 year

Sometimes there is a need to remove the pain of the smallest. First, do not try to pick up the drug for such crumbs on their own, this is fraught with serious consequences. Consult a pediatrician. Usually babies and babies are allowed to receive painkillers in the form of candles.

Paracetamol in the form of candles can be used to relieve heat and get rid of pain. Efferalgan, Panadol. The dosage is calculated taking into account the age and weight of the child. Enter the candle into the rectum gently, with clean hands, after putting the baby on its side or back. Older children can use the same drugs, but in the form of syrup or effervescent tablets, enriched with vitamin C.

Skin diseases, itching, diaper rash and burns to infants can be treated with creams or sprays Panthenol and Bepanten.

A sore throat in a child of the first year of life will remove Tantum Verde spray if they spray a baby's pacifier.

When ear pain to the baby will provide first aid drug Otipaks.

The difficulty is to understand what exactly hurts a child, because he cannot yet tell about his condition. Experienced parents recognize the reasons for the alleged features of the cry. With pains in the stomach - colic of the newborn - the baby cries out shrill and has little legs. When ear pain, the child alternates periods of sharp cry with whining. With a headache, the baby will be a long and protracted whimper. This is typical of most babies, but there are also individual signs according to which parents determine the indicators of the state of their crumbs.

So, let's summarize and save the following label:

The following video discusses in detail the topic of headache in children. The author will tell you what can be the causes of headaches and what drugs can help the child.

When should you not give painkillers to children?

There are situations in which in no case can you “feed” a child with painkillers. Otherwise, the doctor will be difficult to make the correct diagnosis and provide timely assistance. Among such "contraindications to use":

Dr. Komarovsky, whose advice modern moms listen to so much, argues that it is irresponsible to anesthetize and beat the temperature every time a child has pain or fever. After all, temperature is the work of immunity, and pain is a defensive reaction. By supplying the children's organism with “heavy artillery” of painkillers, we, adults, to some extent interfere with its immunity to fight the disease.

But sometimes these drugs are still needed. For example, in babies, to avoid seizures. So, the best advice for children's pain sounds like this - call a doctor! Only he can determine why the pain arose, what caused it and how it is better to treat it. After all, pain is only an external manifestation of an internal problem. And analgesics do not cure, but the external symptoms "knock down".

In order for the child to live for a long time and be healthy and happy, the “problem” needs to be treated. And in this without the help of a doctor can not do.

In the next video clip, Dr. Komarovsky will tell you how to give your child the first emergency aid for painful sensations of a different nature.

There are many popular ways to cope with children's pain:

In conclusion, I would like to say that many leading pediatricians of the world believe that it is unsafe in principle to take painkillers for children. This one is like a life preserver - it's good when you have it at hand, but hoping to swim to your destination on it is naive and unwise.

Effective preparations for children with colds, ARVI and flu

Solcoseryl children: instructions for use

At what age can Omez be given to children and how to use it?

Omeprazole for children
Information provided for reference purposes. Do not self-medicate. At the first symptoms of the disease, consult a doctor.